We thought we would offer you a small reminder that PSN will be down later today for planned maintenance. The downtime will begin at 9:30pm PDT on June 29, 2015 (or 4:30am GMT, June 30) and will be complete by around 11pm PDT the same day (which will be 6am GMT).

We highly doubt this will be such a huge issue for gamers in the UK, as most of them will be in bed at that time, however, that 90 minutes the PlayStation Network will be down today will be at a time when many gamers in the US are still online playing games or trying to access the service. 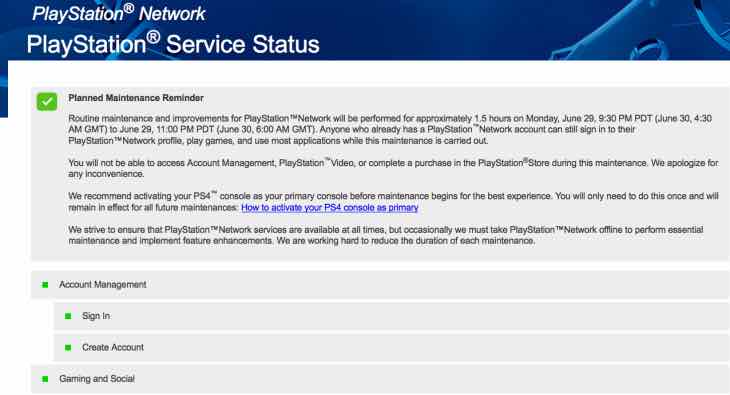 Try not to threat too much though, as we are told that you should still be able to play and log-in to your PSN account, you just will not have access to Account Management, PlayStation Video, and if you were thinking of purchasing something from the PlayStation Store, you won’t be able to.

Sony does this maintenance often to make certain its systems run as smooth as possible. While Sony plans to have this work done in an hour and half, this is only if no problems arise, and so you might have to prepare yourself that PSN could be down for a little longer than stated.