When millions of people around the world received a new PS4 or PS3 this Christmas, they didn’t expect to open it up and not be able to get online to play friends and family. This is exactly what happened with both the PlayStation Network and Xbox Live, although gamers were split between blaming the companies that sell the consoles and Lizard Squad thanks to them being behind the DDOS.

We touched on PS Plus free games being offered, as a PSN compensation package for Jan 2015 and if Product Reviews readers think they deserve this for downtime. You can read the previous discussion within this article, although today we now know what Sony is giving for the outage. 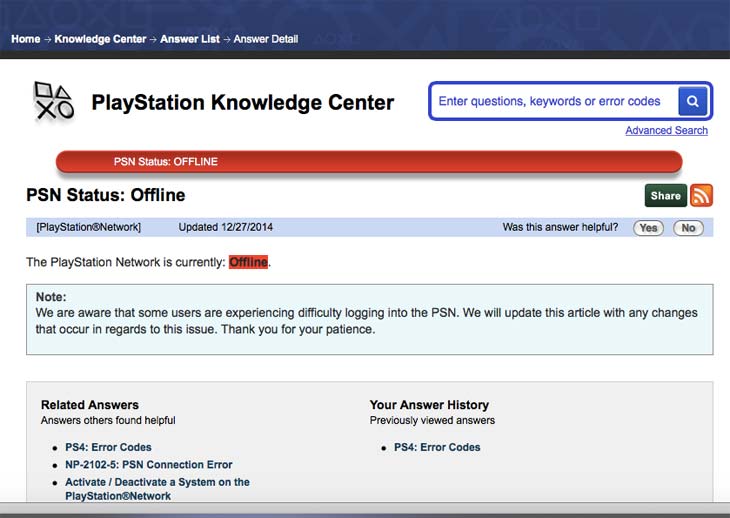 First, if you have an active PS Plus membership then you get an extra five days extension to that membership. Second, you will also benefit from a 10 percent discount on the total cart cost at PlayStation Store. This will be delivered by a discount code at some point in January, and it will be a one-time only discount.

You can use this discount code on many items within the PS Store, which include both blockbuster movies and games.

Did Sony really need to give these freebies after the downtime? Personally, we think this PSN compensation package was needed after millions of new PlayStation console owners received PSN down error codes as their first impression of Sony’s online service. This package shows that Sony cares, but they didn’t “have-to” give the extension and discount.

The terms and conditions allow for problems like this when we sign up to PlayStation Plus, although most gamers expected something for good press. As one PS Plus subscriber put it, “The gesture wasn’t necessary, but it’s appreciated. What we need more is for the infrastructure to be improved, so we don’t see a DDoS attack taking down PSN on Christmas Day again”. Leave your thoughts in the comments.