Now that we have entered December, it was obvious many countdowns to Christmas day with daily offers would appear. Following our news earlier about Microsoft’s Store offering discounts in the United States, we can now confirm the PSN 12 Deals of Christmas is live on Sony PS4 as well.

You can see a screenshot from the PlayStation Store below that reveals “12 Deals of Christmas”, although they will be spread out every 48 hours to take gamers until Christmas Day.

It’s not clear what the new deal will be every couple of days, but the first is Metal Gear Solid: The Phantom Pain with a 50% saving. The new price is £29.99 and not the lowest price some would hope for, but still a great game for the money. 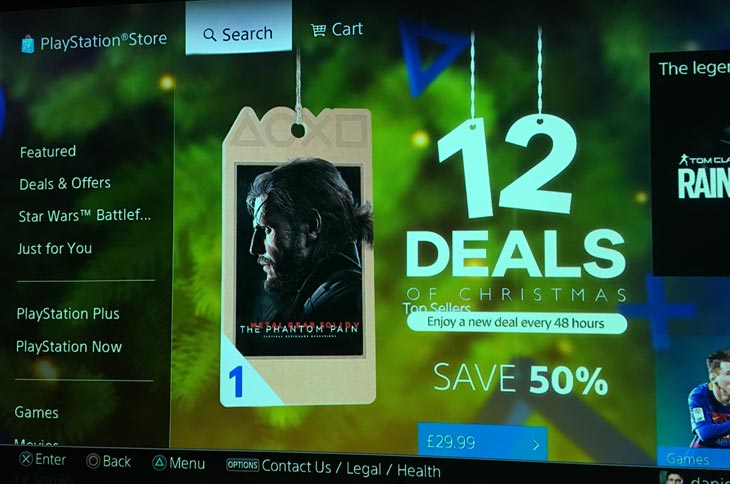 We will update Product Reviews readers with the different deals offered on PSN over the next 2 weeks. For now, let us know if you think this price is worth it for Metal Gear Solid: The Phantom Pain on PS4?

Also, what games do you want to see next in the PSN 12 Deals of Christmas lineup and at what price?