Zlatan Ibrahimovic is the star of Paris Saint-Germain and even FIFA 15, especially since EA Sports featured Ibra performing a Rabona for PSG in their best goals of the season video this week. This has led to quite the debate surrounding Ibrahimovic needing a rating upgrade for the current game, or at the latest by FIFA 16.

There’s plenty of die-hard Ibrahimovic fans around and even many football fans from other teams not denying the need for a 5-star Ibra after such a move.

This week, the FIFA 15 best goals of the season video went live on YouTube and you can see this very video below our article. It includes goals from Manchester United’s Angel Di Maria, Manchester City player Aleksandar Kolarov, Real Madrid’s Karim Benzema, and of course Zlatan Ibrahimovic. 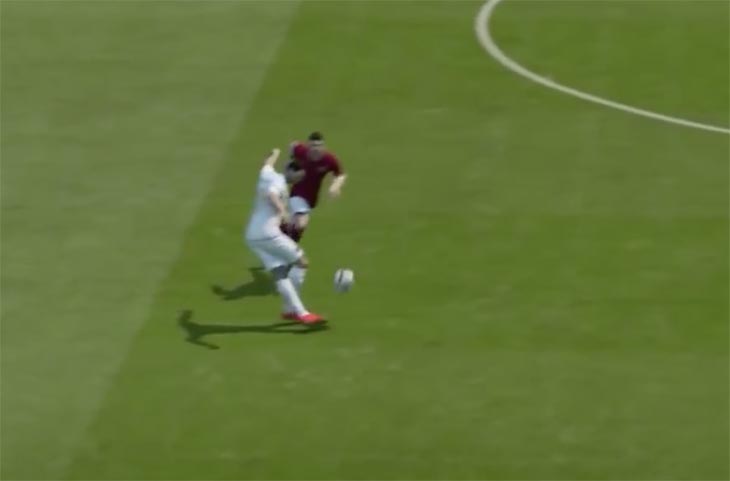 One of the latest tweets promoting the video came just a few hours ago on EA Sports official FIFA account and it stated, “Ibra + rabona = Goal of the Season”. You can see the tweet below, but it’s the reactions to this message that interested us the most with gamers talking about the need for an update to FIFA Ultimate Team price ranges, the need for FIFA 15 servers to improve, comparisons to PES 2015, and of course the undesired 4-star Ibrahimovic rating after performing the rabona.

Do you think Zlatan Ibrahimovic deserves 5-star skills? One fan saw EA Sports mention Ibra and rabona equals goal of the season, then answered “Give Him 5* Skills”, another added “Still 4 Star, you’re joking”. We would love to hear your thoughts about the current Ibra rating, FIFA 15 servers, and anything else related to this game in the comments.