Did you manage to head down to your favorite gaming store and pick up a new Xbox One or PS4 console? We have already told you that there were some fantastic Xbox One and PS4 bundle deals going on and now we have had the first piece of reaction from a Microsoft executive.

At the crazy prices we saw, we wouldn’t be surprised if Sony and Microsoft both announce next week that their respective Holiday sales were in record figures.

Microsoft’s Aaron Greenberg though has left an interesting message on his personal Twitter account. The description was in relation to Greenberg being delighted with very positive Xbox One sales in Target. 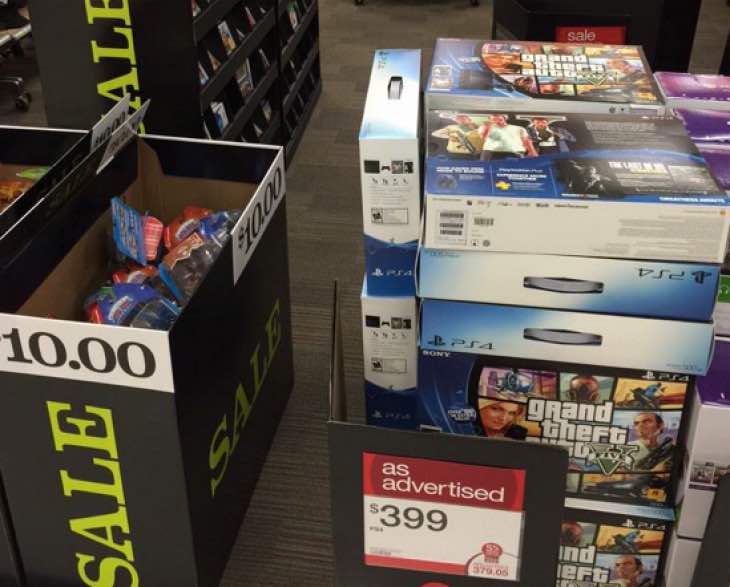 However the picture included in the Tweet was of an entire Target bundle of PS4 consoles, seemingly giving viewers the impression that they were unsold.

Some gamers have already reacted to this as you can imagine on Twitter, saying that it was ‘distasteful’. However, we say what happened to everyone’s sense of humor?

We know that retailers also had some fantastic offers on PS4 consoles available, so the PS4 Vs Xbox One Holiday sales results could be very close indeed.

Take a look at the Tweet and let us know what you think about it. Did you find it funny, or offensive?