Sony has just dropped some great news this morning with the confirmation that the PS4 3.50 update release date is just around the corner. A PS4 3.50 beta download will be coming this week on March 2, then after that the full release will be out for download.

More importantly, there’s some significant features to enjoy with PS4 update 3.50 compared to the recent firmware updates which were all system stability improvements.

One of the big talking points is that PS4 Appear Offline is finally coming with 3.50, allowing you to play games privately and not letting those on your friends list aware. 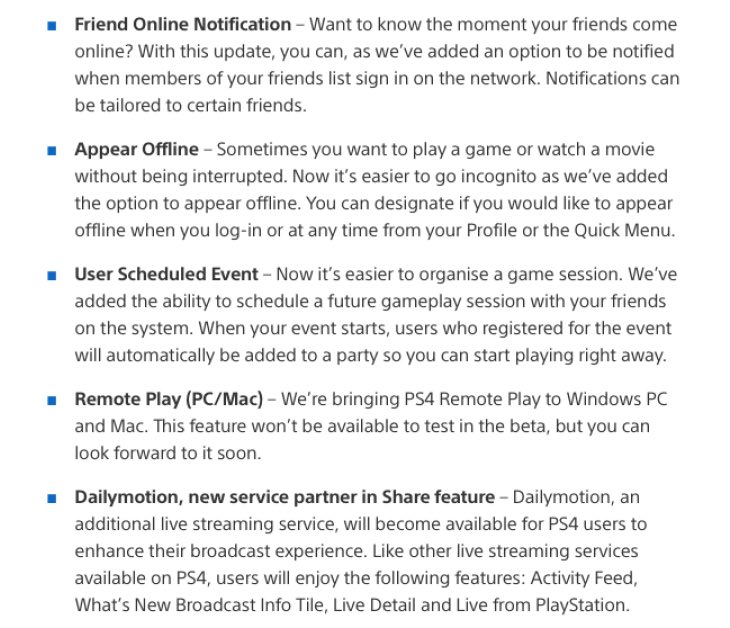 Also coming is PS4 Remote Play, which should make a lot of you happy. You’ll be able to access the PS4 system on PC or Mac and we are expecting Sony to give a separate introduction video on how to use it soon.

Sony hasn’t said when PS4 update 3.50 is out exactly, but with the beta starting tomorrow it shouldn’t be long. Check out the official PS4 3.50 change list above and then give us your reaction to the new features.

Are you happy with this update or has Sony missed the feature you were waiting for again?