We are coming up to two months since the last PS4 update, so we have a feeling that Sony will be offering a PS4 update 3.12 release date soon.

It goes without saying that there are still many PS4 missing features yet to arrive, so hopefully we will see some of them crossed off the list early this year.

One of the standout missing features is online and offline friends notifications on PS4. It’s somewhat bizarre that this simple feature has yet to arrive, while there’s also been requests for a PS4 ‘appear offline’ status, for those that want to game without being disturbed. 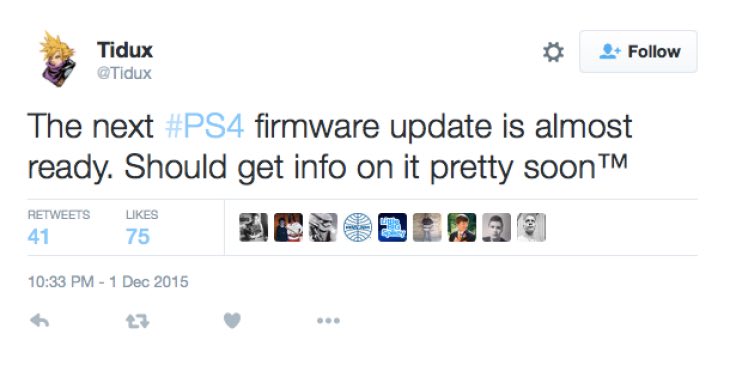 Other features that are not available on PS4 is folder support for PS4 and the ability to change your PSN ID on PS4 – again two features that would appear to be a relatively simple job for Sony.

Will all of the above features be saved for PS4 firmware update 4.0, or will we see some of them inserted into 3.12?

Given that the last few updates for the console have been stability improvements, users will be hoping to see new functionality soon – especially given that Microsoft has been very busy improving the Xbox One UI with the New Xbox Experience recently.

What missing PS4 features are you hoping to see with 3.12? Create your own list below!