For those that have just booted up their PS4 several hours ago, we can tell you that there has been a stealthy new PS4 software update 2.55 by Sony – now available for everyone to install.

Unfortunately though, the reason Sony didn’t say anything about it prior to going live is due to the fact that it basically doesn’t offer anything new compared to the last version.

The PS4 2.55 update notes state that “System software stability during some use of features has been improved” – that’s it, nothing more nothing less. 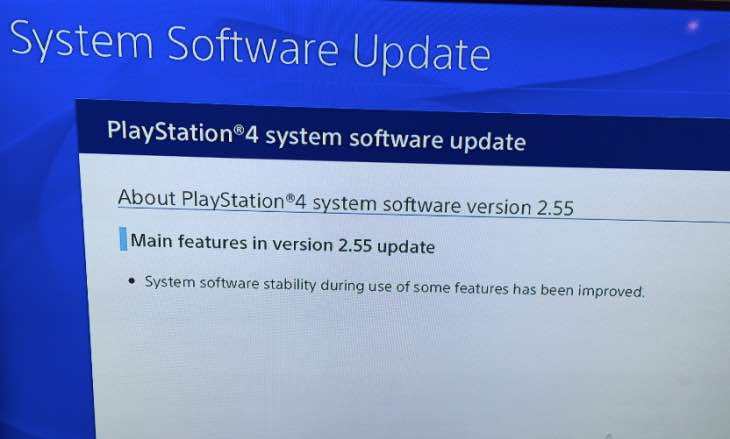 We know that some of you are still waiting for missing PS4 features such as online and offline PS4 friends notifications, as well as PS4 folder support, but they’re not included in this update.

Hopefully these are being saved for PS4 update 3.00 which we’re sure Sony is working on right now behind the scenes. Let us know if you have just updated your console with the PS4 system software update 2.55 and if you can’t help but feel a little disappointed over seeing another of these stability updates.