We have just told you about a fantastic Xbox One bundle that is available this month with Assassin’s Creed Unity, but now it is Sony’s turn. Act quick, as Newegg are selling PS4 consoles for $329.99, whilst stocks last.

As far as we’re aware, this is the lowest price we have seen the PS4 this year and it comes directly from Newegg rather than a third party seller.

Through Newegg’s Ebay page, you can order the PS4 at the special price right now, be warned though that stock is going extremely fast. 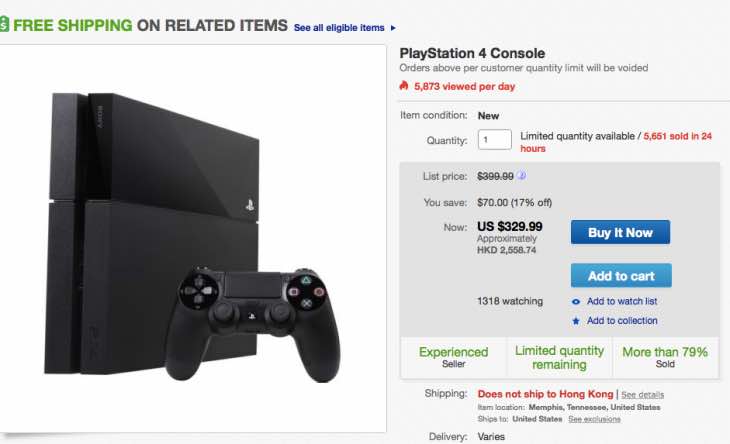 This offer has been live for a few hours but already there has been almost 6,000 consoles sold from a max allocation of 10,000. That means that you literally may only have one or two hours to get your order in.

Talk about the perfect gift for Thanksgiving and the best way to surprise someone. We wonder what Sony thinks about this price cut – do you think the odds are low on ever seeing this kind of price officially?

Hopefully you’ll be able to give us the good news below that you managed to order one.