We now know that PS4 Singstar songs will be compatible with PS3 when the new title arrives this year and you can transfer videos and songs to the new console. This news came from Game Director, Chris Bruce, during the same blog post that made the announcement, although there will be limitations with what you can transfer or download again on the PS4.

When asked if tracks are cross-platform, Bruce explained where it is possible they will make songs available on both PS4 and PS3. This is great news, but those of you that spent a lot of money on your PS3 Singstar library would want a full transition to the PS4 version of Singstar. This will be a deal breaker for a lot of users.

Select PS4 Singstar songs compatible with PS3 – there won’t be full compatibility with the PS3 and PS4 Singstar songs. In a nutshell, if you have purchased the song on PS3 then you will get it for free to download on PS4 if the track is available on the new console.

Another fan asked Bruce if they’ll be able to use all of their purchased songs on PS4 and further confirmation came with his answer, “songs available on PS4” can be downloaded that were on PS3. This is crystal clear to us, although how many songs will be on the PS4 Singstar store is the real question now? What you see to download will be free if you already have them in your PS3 library.

We should also note that the Game Director is actively promoting Singstar users to keep buying songs right now, and this would be stupid if they weren’t playable on PS4 when the new title releases. Bruce explained there’s “some great tracks lined up” for the PS4 disc, but the SingStore already has some great tracks “all available to download right now”, so this statement makes it clear most of these songs in the store right now will be available to use on the new Singstar for PS4. 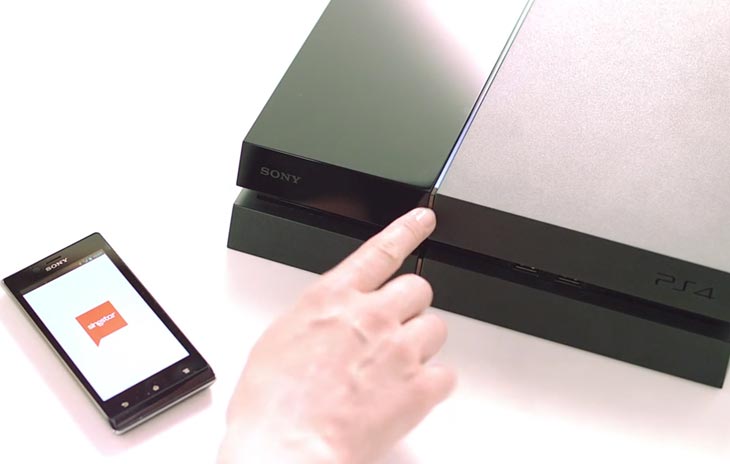 No PS4 Singstar icon pinned to dashboard – we remember thousands of PS3 users hated seeing Singstar on their menu system by default, but this won’t be the case on PlayStation 4. When one PS4 owner made it clear how upset he’d be if the PS4 Singstar app got pinned to his dashboard, it was made clear that “It will not be pinned” to his dash.

We’ve embedded the new Singstar PS4 trailer below this article. Take a look of the Android and iOS smartphone app in action, what the new store looks like, and then leave a comment.