There are some very big PS4 game release dates in October 2014 to look forward to and we can see that Sony has given a good reason for gamers to choose digital over physical copies.

Those of you who are in the US may have spotted that there is currently an interesting incentive running on the PS Store. At the moment, if you spend $100 in the store Sony are willing you give you back $15 in store credit – a very generous offer if you look at the potential on offer.

Games such as NBA 2K15, NBA Live 15, Alien Isolation, Driveclub, The Evil Within and WWE 2K15 are all on the way in October meaning that it is a huge month in the gaming calendar. 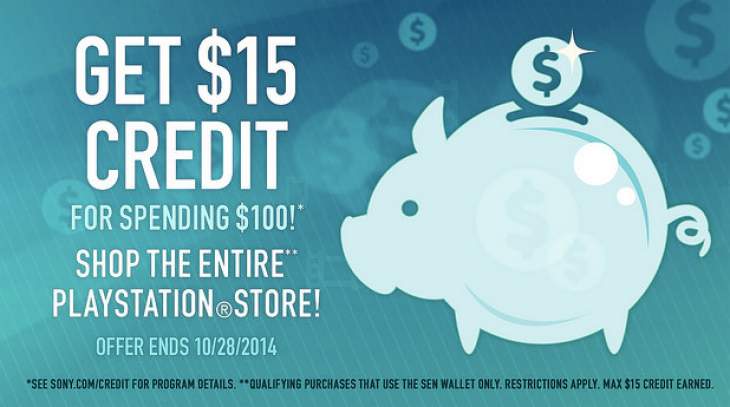 If you love to buy games digitally, you may want to splash out from now until October 28 as that’s when the deal will be valid until. It involves cumulative purchases as well, so you could buy one game for $60 today and another $60 game next week to still qualify for the $15 credit.

Sony has said on the PlayStation Blog that this credit will be given to players on or before November 7 2014 via email or XMB notification. The only disappointing thing that we can see about this deal is that it is only US, Canada and Mexico can qualify for it – so Europe and Asia miss out, again.

It doesn’t stop you from pre-ordering games such as Call of Duty: Advanced Warfare or Assassin’s Creed Unity either – they all qualify towards the $100 target.

Let us know what you think about this offer and if you are going to be spending over $100 this month in order to get $15 back. To our readers in the UK and Europe – does this offer make you sad?