Sony has just wrapped up with the PlayStation Meeting and finally we can bring you the first official PS4 pro console picture and also a confirmation of how much the PS4 Pro, formerly Neo will cost!

It is great news too and let’s get straight into it. The PS4 Pro price in the US is going to be $399! Many gamers expected a higher price but everyone will be pleasantly surprised that Sony is keeping things affordable.

For those in the UK, PS4 Pro will cost £349 and the console will launch globally on November 10. You can see the price reflected in the chart below which also shows the PS4 Slim price as well in both regions. 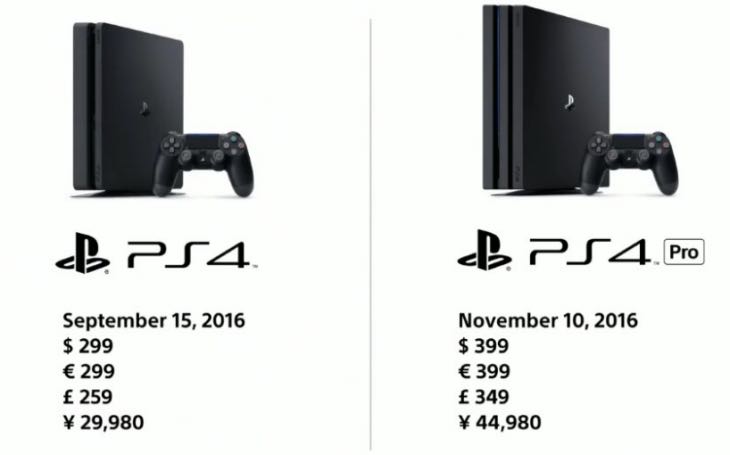 We’ve also found this lovely PS4 Pro GIF that the official PS Europe Twitter page just shared, giving you a 360 view of the new console and showing that extra bulk needed for the 4K and HDR capabilities.

Some may think that the PS4 Pro is a little too large, but we’ll have to wait and see until we actually have it in the flesh to compare.

First of all, give us your reaction to the price. Will you pay $399 to play PS4 Pro games in 4K and HDR? Give us your answer below!