The next PS4 update is already on the horizon and we’re pleased to report that the PS4 update 4.5 beta invites are now open for both PS4 users in the US and the UK.

It also means that the PS4 Pro 4.50 update is coming, with both systems sharing the same ecosystem and the same features unless Sony states otherwise.

The good news is that registration is now open and it looks like it is just pot luck on whether you are able to test the new version out ahead of schedule. 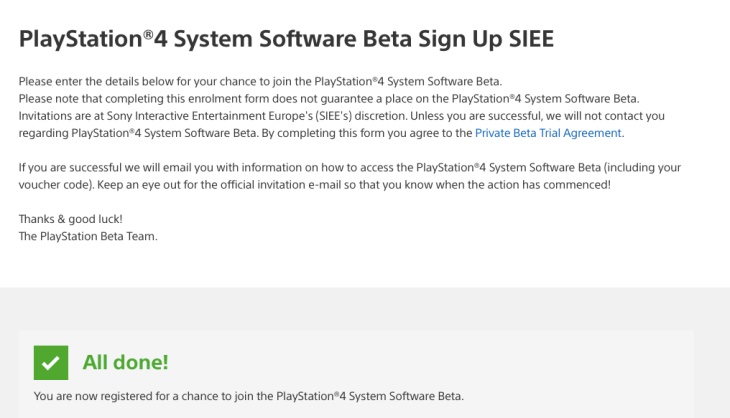 PS4 owners in the UK can enter here, while those in the US looking to beta test will find the PS4 update 4.5 beta sign-up page here.

There’s no indication on the PS4 update 4.50 release date yet, but since the beta registration is live you shouldn’t have long to wait now.

What are you looking to see from Sony’s next major PS4 update? Let us know if you get that magical email confirming beta testing!