The PS4 Pro is launching next week and for those that are thinking of buying, we have a quick heads-up for you now with a look at a PS4 Pro unboxing and also a PS4 Pro vs Xbox One S size comparison.

The PS4 Pro is coming with 4K features, along with HDR support for a superior game experience. It is obviously bigger in size to the recently introduced PS4 Slim, but by how much?

You can see a close up of the new design below which shows a three tier theme now as opposed to two tiers on the current PS4 model. 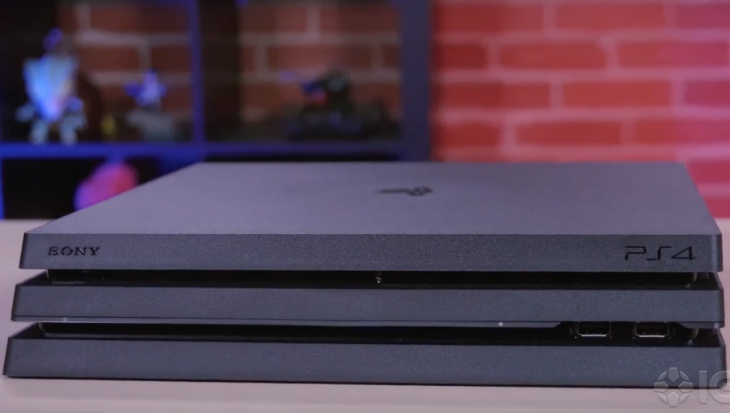 Inside the PS4 Pro, you will receive a DualShock4 controller, HDMI port, in-game earpiece for Party Chat, Charging USB cable and power supply – no surprises here.

In the last picture below, you will see how the PS4 Pro looks when directly compared against the Xbox One S for size. The Xbox One S matches up in length to the PS4 Pro, but you’ll see in the video below that it is still a lot more compact than Sony’s new system.

Check out the videos below for a closer look and to get an idea of all of the ports contained on the PS4 Pro if you’re interested in this.

Will you be buying this console at launch next week, or will you wait for discounts?