We are seeing Sony unveil the PS4 Pro console on stage at the PlayStation Meeting in New York. However, what we are not seeing is outright confirmation on whether the PS4 Pro plays all games in 1080p and 60FPS without fail.

A lot of the PS4 Pro emphasis has been on 4K and HDR, but not a lot on 60FPS which is what gamers really want to find out the answer to before considering a purchase.

We saw plenty of game demos for PS4 Pro via videos but not enough demos live on stage showcasing PS4 Pro running games in 60FPS and 1080p. 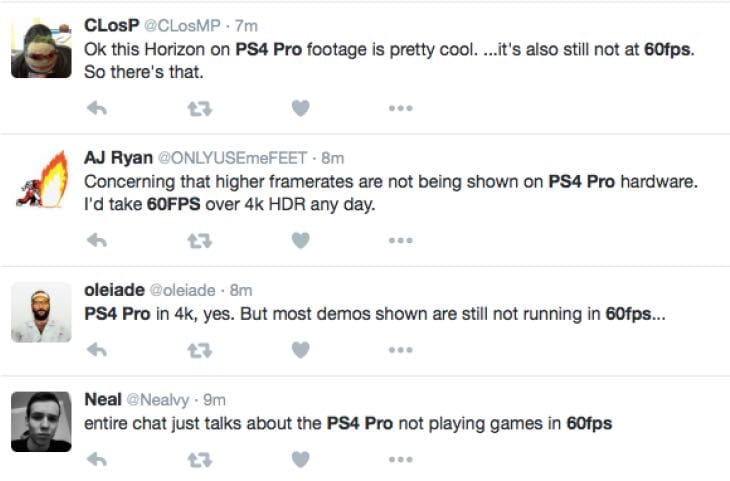 This is really what gamers need to see and we can already see that PC gamers are having a field day on social media over the 60FPS, 1080p debate in relation to whether they will make the switch to console.

Can the PS4 Pro run all games in 60FPS and 1080p? Sony doesn’t appear to be making that crystal clear just now. Let’s see if they do release some more information in this regard soon.

What are your thoughts on this? The event is still ongoing so perhaps we shouldn’t jump to conclusions – on first impressions though, are you convinced that the PS4 Pro is going to offer 60FPS and 1080p on all games?