Everyone is talking about the new PS4 Pro Boost mode which is currently in beta and due to be released with the upcoming PS4 4.50 firmware update which should be out before the end of the month.

Now thanks to help from gamers leaving feedback on Neogaf and compiled further by PSU we can bring you a list of the PS4 Pro Boost games that are compatible so far.

We have already spoke about games such as The Witcher 3, Bloodborne and The Evil Within as some of the games that are extremely impressive now in terms of performance with Boost mode enabled.

Now you can take a look at all the other games as well, most of which wlil all involve FPS boosts in certain places which could even make the game completely replayable from your first run. 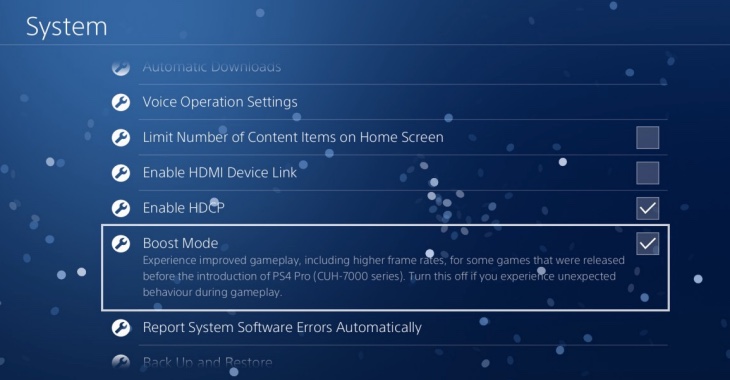 Some of the newer titles added to the list include GTA V, Final Fantasy 14, COD Ghosts, Tomb Raider, Rainbow Six Siege and Battlefield 4 so it is really worth testing these games out yourself if you have them plus the PS4 Pro.

It’s still in beta and new games are being added to the list by every day. Keep checking back and we’ll add newer titles to the list – feel free to add a game yourself if you have already noticed big improvements with Boost mode turned on.