Reports have surfaced that the price cut is due to be announced soon and that Sony will make the news official at Paris Games Week 2015 which starts on October 28.

One image from a Dutch retailer is doing the rounds in particular, showing a new 350 Euros price point for the 500GB PS4 model and 400 Euros for 1TB bundles. 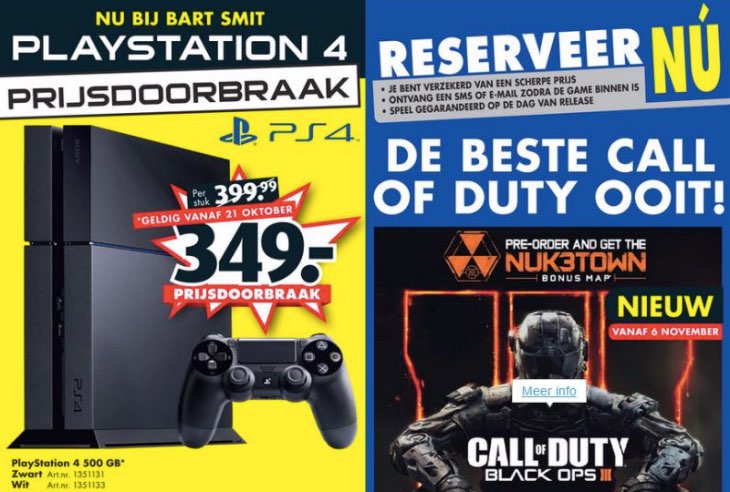 Assuming that the information is legit, it means that those in the UK could expect a UK PS4 price drop for 2015 of around £20-30.

That would represent good value for gamers and a nice PS4 price drop in the UK after a long wait. Let’s wait and see what happens though as it isn’t official yet.

Would you buy the PS4 at the suggested price points above, assuming the news of the price cut is real?