Within the last few days another patent filing has made its way online that teases us with what might be inside the Sony PS4, although a few gamers feel that US application 20120320068 could be for another Sony product like a phone, tablet, or laptop. The evidence that this patent is directed towards PlayStation is in the assignee name, which clearly states Sony Computer Entertainment America Inc.

Any patent filed by SCEA would be for securing PlayStation technology, although most patents are just for safeguarding certain methods in case Sony wants to use them in future products. You can see the exact description below for this patent, which touches on graphics processing for what could be the PS4.

You can also see an image below that had been published with patent 20120320068, although further images are found here on the official government website. You can see a full breakdown of claims by the patent filing as well in the above link. 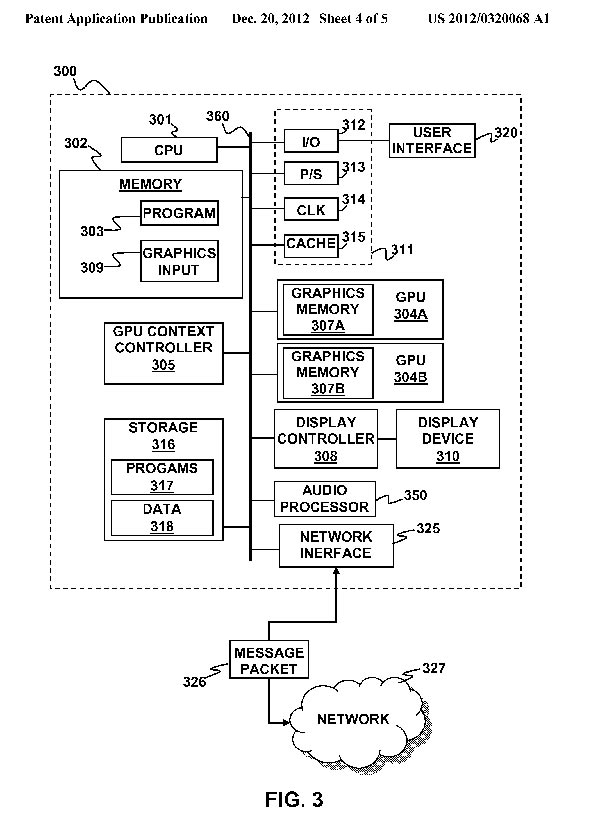 What are your thoughts on this patent application, and would you like it used with the PS4? If Sony go with a mobile GPU and high powered GPU in the PS4, we could see a lot more performance from less power being used. This is still speculation, but the patent is certainly aimed at safeguarding a possibility for the PlayStation brand. In case you missed it, you might want to read about rumored PS4 specs here and FPS laziness.