If there was one big announcement at E3 from Sony which wasn’t actually unveiled on stage, it was the confirmation that a PS4 media player with DLNA and MKV support would be going live today.

Now at the time of writing we can confirm that the PS4 media player is live and available to download. You won’t need to find it in the app section of the PlayStation Store, as you should notice that Sony has pushed the app to the main homepage and you can simply install it from there.

It only takes a second to setup, then you are free to use this and finally transform your system into an entertainment hub that can do a lot more than just gaming. 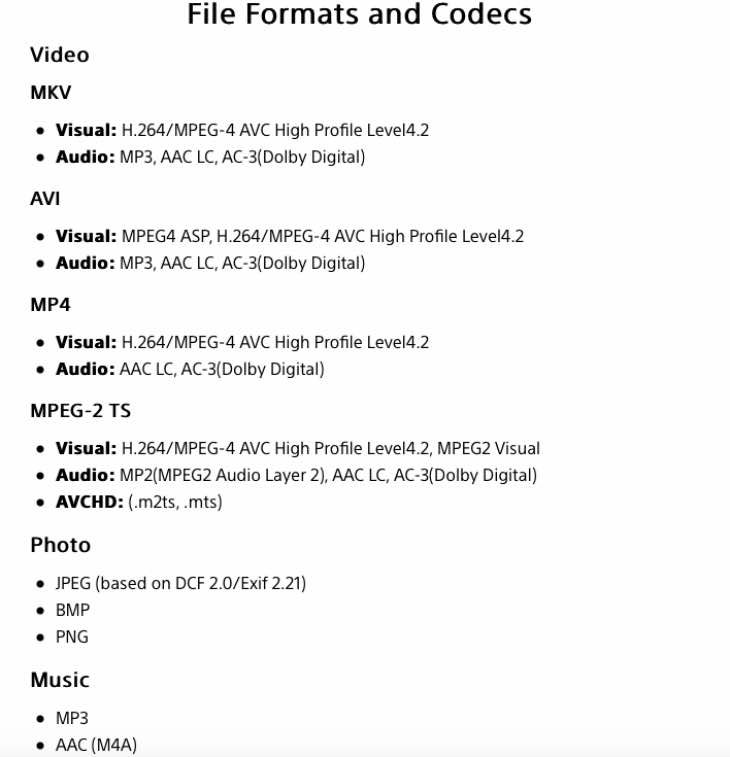 For example, the PS4 media player supported file formats list has been detailed by Sony as you can see above. PS4 DLNA server support is finally here with the media player and the big surprise is that PS4 MKV support is also available too.

It has taken a long time to arrive, but Sony has come good on their promise and we know that a lot of you are going to be very happy about this feature.

Some are even calling it Sony’s best E3 announcement, although Final Fantasy fans may have something to say about that.

Let us know if you are installing the app now and your early experience from it. Is it working for you without any problems, or are you having issues trying to play a specific file?