We have some very exciting news for PS4 owners now, after the discovery of what looks to be a brand new feature added after the 4.50 update but not mentioned by Sony making it a hidden or secret update for users.

This feature will now allow developers to pre-load patches at an earlier date before they are due to go live.

The first confirmation of this can be seen with an upcoming Little Big Planet 3 update which is scheduled to go live at the end of this week. 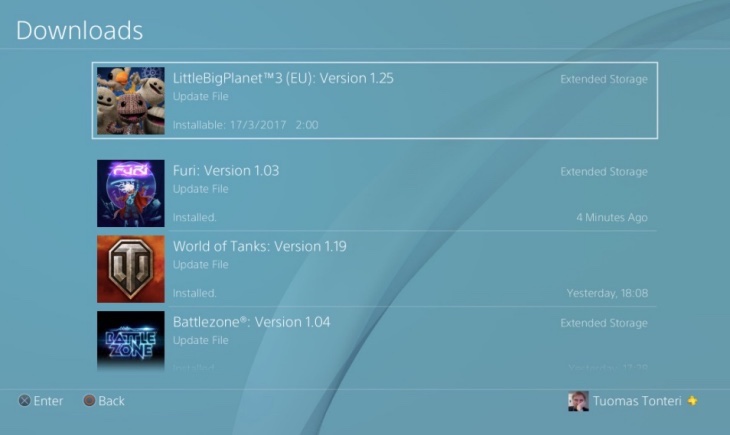 You can see it in the screenshot above, which shows the version number of the update and crucially the date and even time when it will be available to install.

This has been clarified by the developers themselves as you can see in the accompanying Tweet below – confirming it as a brand new feature of the PS4.

@VirtuousLumox That's a new thing! You can download the update early and install it at that time when the new update officially launches!

It goes without saying that this amazing potential for the future if you are a gamer who has limited time to play but is often left frustrated with huge patch installs which sometimes can take hours on a slow connection.

Imagine if the next Battlefield 1 patch which are often massive in size is now able to be downloaded in advance, which would then mean that you play the DLC the minute it goes live and not have to wait for the supporting patch to be installed first.

Are you excited about this? Please let us know if you have seen any other games that are showing pre-load patches in advance.