Great news for PS4 owners now, as Sony is finally ready to give you PS4 folders at long last. It is coming with PS4 firmware update 4.0 and Sony is now giving a generous sneak peek at what has been going on behind the scenes with the PS4 4.0 beta.

Usually Sony don’t want to give any details away from internal betas and let’s not forget that the beta isn’t available in the US or UK yet.

Let’s get straight to business though, take a first look at how PS4 Folders will be handled on the system. You can see Gravity Daze, Uncharted 4 and Bloodborne all grouped together in a nice folder. 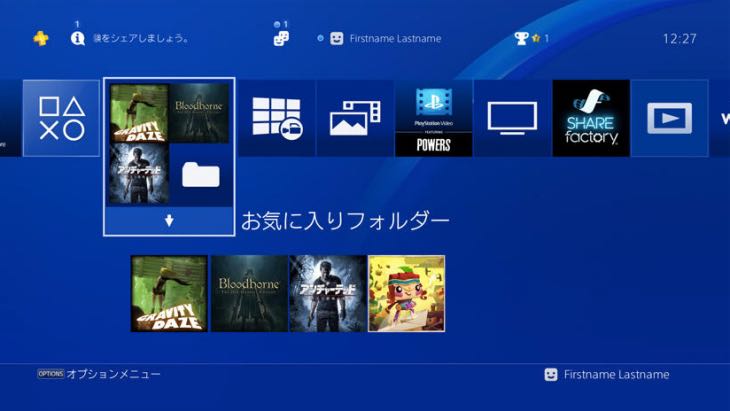 It’s such a simple feature but one which will be very appreciated by the community we feel after such a long wait. Also revealed in these preview screenshots are general UI changes and also an increase to the time limit for Twitter videos – now up to 140 seconds.

Check out some more PS4 4.0 preview screenshots from PlayStation Japan here and let us know what you think of folders Folders finally on the way.

The beta should be rolling out this week in other areas so stay tuned for more info on the 4.0 update soon!