We have some exciting news for PS4 owners now, as Square-Enix has just confirmed that a PS4 exclusive RPG is coming this year. The game is Dragon Quest Heroes, a title that is due out this week in Japan and Hong Kong but previously was not scheduled to release in the West.

We already told you about the upcoming Japan and Hong Kong release of Dragon Quest Heroes earlier this week. It’s an action RPG adventure title from Omega Force, the developers of Dynasty Warriors and also Hyrule Warriors on the Wii U.

Just to give you a little insight on why this is exciting for PS4 gamers, Akira Toriyama is going to be on board as the lead designer for all characters and monsters. 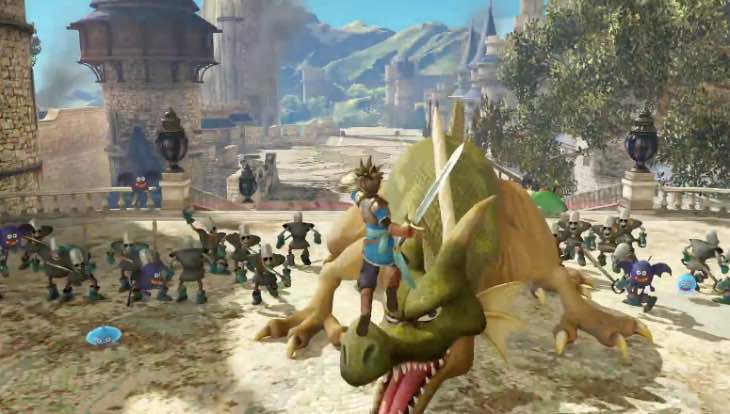 This is the same guy that created Dragon Ball and also provided all of the artwork for Chrono Trigger – another great series from Square-Enix.

Dragon Quest Heroes is also going to be the first Dragon Quest game seen on a PlayStation platform since 2006, so it’s a big deal for sure.

Check out some gameplay if you haven’t heard of the series before and let us know your reaction to the announcement. Are you definitely interested in buying it day one as soon as it gets a release date?