We have already told you about some unbelievable Xbox One console bundles in the US, but now it is time to see what is available over the shore for our UK readers. We can see that three retailers are currently going to war to offer gamers the PS4 Driveclub console bundle best price.

This is easily one of the most popular PS4 console bundles in the UK that we have seen this year, although it has to be said DriveClub itself as a game didn’t have the best of launches.

Regardless of that, Tesco, Amazon and GAME are going head to head at the moment and you can now pick up a PS4 in the UK for a fantastic price. 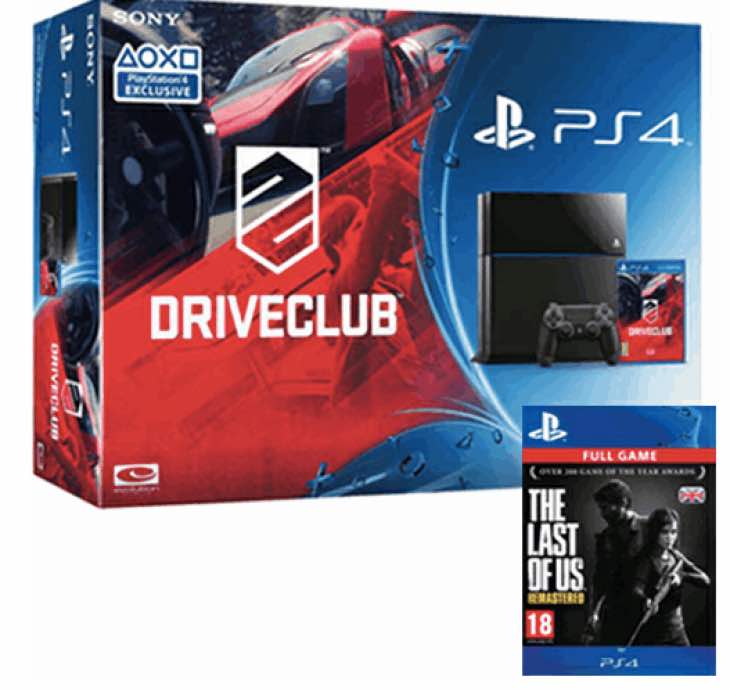 Previously, you could only buy the PS4 in the UK for a price close to £400. Now though, for a limited time only whilst stocks last, we have seen prices drop to as low as £289.

Both Tesco and Amazon are now offering the Driveclub bundle for this price, while specialists GAME are offering their own unique offer on this package. Tesco has the black console available for £289, but Amazon has gone one better and are offering the new PS4 Driveclub white console bundle in the UK for the same price – amazing.

GAME meanwhile has a very good offer too, as for £299 you can get a Driveclub PS4 console bundle in black, but with the added bonus of The Last of Us Remastered thrown in as well via download code.

All three are amazing offers it has to be said, but our vote goes to Amazon at the moment as who wouldn’t want a lovely white PS4 console instead?

Let us know if you have bought a PS4 Driveclub bundle over the last few days and which of the three stores you chose in the end.