Following the GTA V PS4 CE-34878-0 error some of you are seeing since installing patch 1.03, some of Product Reviews readers are looking for a fix. Sony has offered up just that with a few details on this “error has occurred” message, which basically is related to an application or system software crashing.

Many of you are under the impression that this is a new PSN error that has only just been happening within the last few days.

However, this error has been lurking around for a good while – it has just taken launch problems for COD Advanced Warfare, Assassin’s Creed Unity and now GTA V for it to emerge from the shadows. 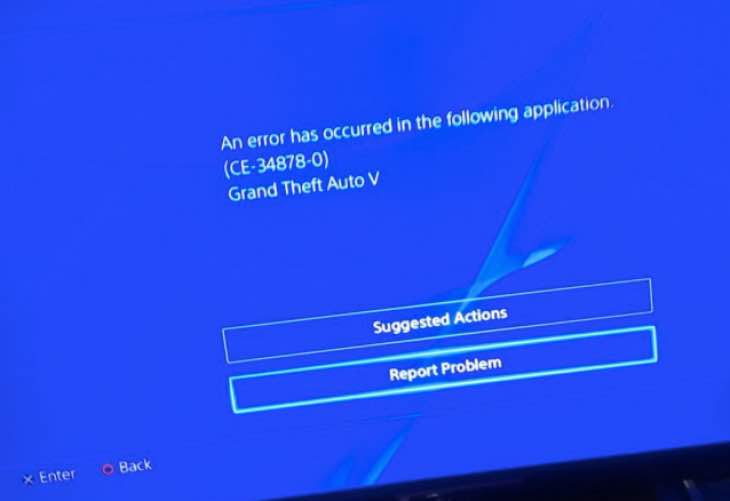 Seemingly predicting their own fate, Sony has already compiled a dossier on what this code is about and offered up a PS4 CE-34878-0 error fix to those that are having problems.

If this applies to you, this is what you need to do. First you should close the game that you are playing, then make sure that you have the latest update for the game installed.

Next, an important piece of advice from Sony which some of you may not realise. They advise you to head into settings, then to User and Login and make sure that Facial Recognition is off.

The next step is one that you are not going to like. Sony then advises users to reinstall the original PS4 HDD if you have upgraded it to a third party HDD – don’t ask us why, but Sony’s engineers have obviously found an issue linked to different HDD and the CE-34878-0 error in question.

Finally, the last step could be crucial too with fixing this problem for good. After ensuring that you have the original HDD in place, you then need to back up data if the error persists, then go to your settings and ‘Initialise’ the PS4.

Thats the complete steps offered by Sony themselves as a fix for the PS4 CE-34878-0 error. If you are still getting this problem after all these steps, then it’s time for you to contact Sony and take it to the next step on a possible replacement console.

Let us know how you get on with this and if the steps we offered here helped you or not. Which game did you receive this error on and how often is it occurring for you?