We can see that Sony has finally gone live with a special PS4 ‘Black Friday Flash Sale’ event which is visible on the PlayStation Store – offering massive discounts on AAA titles for both PS4 and PS3 users.

These special offers are only going to be available until November 30 so you don’t have long to take advantage of them.

It appears that patience is once again a virtue as if you previously held off from buying certain games at launch, you are going to be rewarded with much cheaper prices. 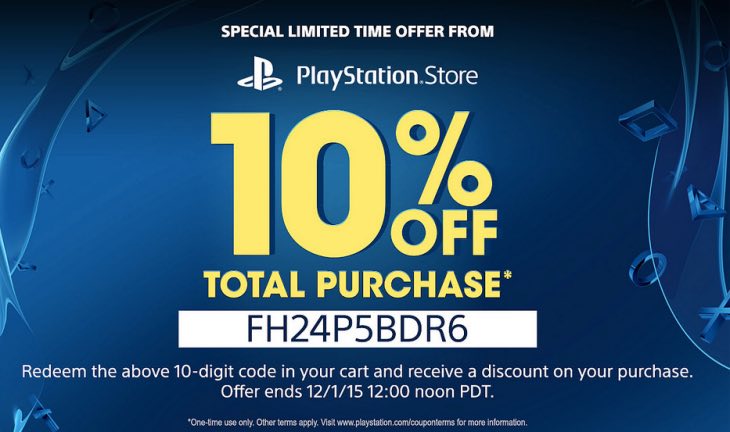 The best thing of all, is that you can use the discount code above to get a further 10% off from the prices listed on the sale – meaning that you can rack up some really nice reductions right now.

These are just some of the highlights that we have picked out, but there’s a long list that you should check out for yourself now on the PS Store.

It looks like other regions such as Europe and Asia are holding similar sales, but bear in mind that games will vary depending on region.

What are your thoughts on Sony’s Black Friday PS4 and PS3 sale this year? Let us know which games you intend to buy below.