This year has been one filled with rumors about both Sony and Microsoft next-generation game consoles, and while the specifications and possible release dates are a long time away, some gamers have already decided which they will buy. This choice comes from the feeling of loyalty, but it’s not one that everyone shares. Could the so-called Xbox 720 or PS4 design change a buyer’s decision?

We’ve heard about the need for next-gen game consoles over the last few months, and some people point to the reinvention of the Xbox 360 and PS3 thanks to motion controllers. Both systems have core gamers that are dedicated to their machine but do they really use a motion controller more than the classic controllers? While motion controllers have added something extra to the PS3 and Xbox 360, this should not be confused with the possibilities a new machine could bring in terms of graphics and playability.

Some Sony fans point to the PS2 being in its 12th year and going strong, and that the PS3 can have firmware updates to keep the system reinventing itself, but with the hardware aging does the system have limits on what is possible, especially when compared to PC’s? 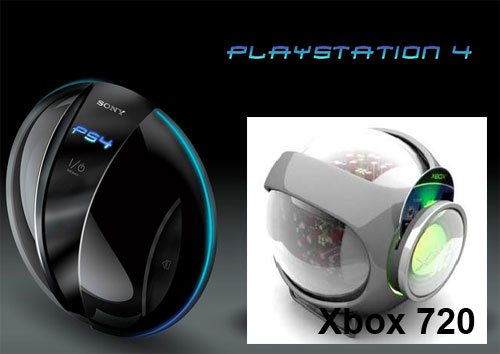 With this in mind, let’s think about the external design that could be for the next-gen systems and the internal hardware. Sony and Microsoft will need to bring something special to tempt users to upgrade when the time comes, this means extreme graphics that can beat the PC’s of today, and innovate with add-ons only possible with next-gen systems. What ideas do you have for the next-gen game console?

We’ve seen some slick concept designs for the PS4 and Xbox 720 before, but what if your favorite brand looked like a brick? Would this change your buying decision? Back in the day when some of us built our own computers, the hardware was important but having a brick for a case wasn’t cool, and most PC gamers wanted a slick gaming case. The same goes for the Xbox 720 or PS4, it really needs to look futuristic and cool, and this could change my buying decision, but will it do the same for you if the design was hated?

When it comes to the PS4 and Xbox 720 — slick vs. brick, how much does the external design mean to you?