For those that haven’t got the memo yet or have been out of home all day, there is a new PS4 update to install with Sony making PS4 firmware 5.50 available sooner than expected.

The latest version has been in beta testing since last week and we didn’t expect it to be fully ready to the public so soon, but we can confirm that it is rolling out now.

For those that need a recap on what is new with PS4 5.50, here are the key features as you will see in-game before you press install. 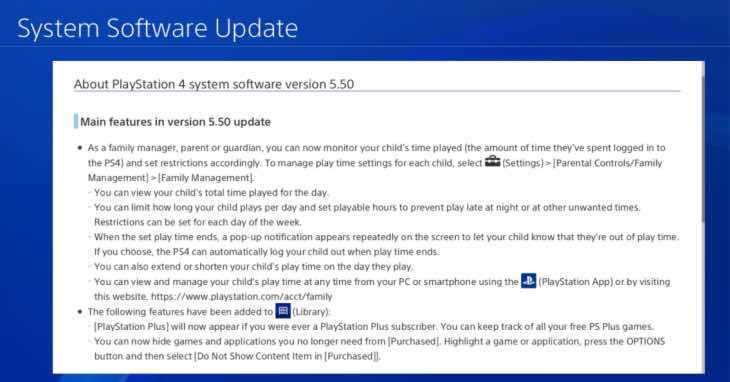 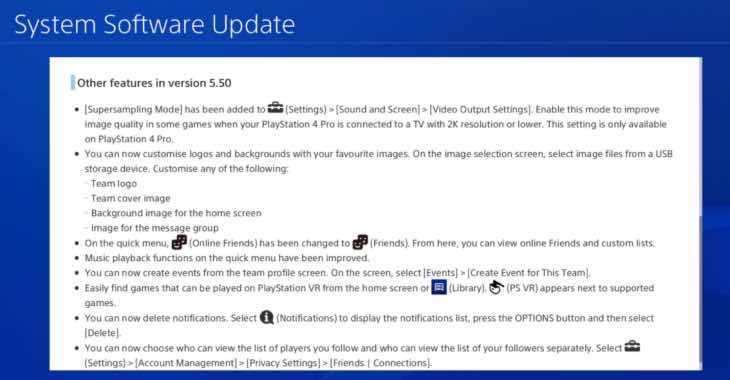 Parents will now have greater control over their children using the PS4 if they need to impose time limits on play. While those with a PS4 Pro but without a 4K TV will now gain a further visual boost thanks to the new Supersampling feature which is contained in video output settings.

There’s a very handy video which walks you through all of the key features that you can check out below for a further look at 5.50.

Find out how to put that picture of your friends/family/pet cat on your PS4: https://t.co/LjtFwM7snH pic.twitter.com/x7EVDrBuuH

Have you already installed the update? If so, let us know what you think of the new version and what features you are still waiting to see from Sony!