We can confirm that a new PS4 5.0 firmware update has just gone live as of Tuesday October 3 which will be a shock surprise to gamers as it appears to have come out of nowhere.

We know that the 5.0 PS4 system software was in beta, but we had no idea that it would be going live today. We can verify that the PS4 update 5.0 size is 375MB and we can now bring you the full feature list to show you what has changed.

According to the PS4 5.0 update notes that you’ll see on console: 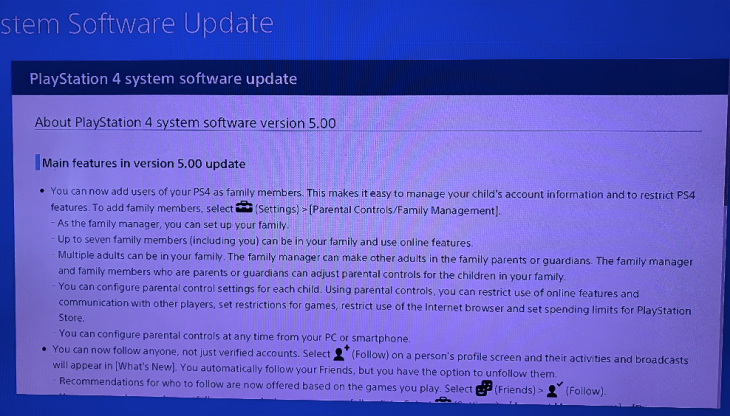 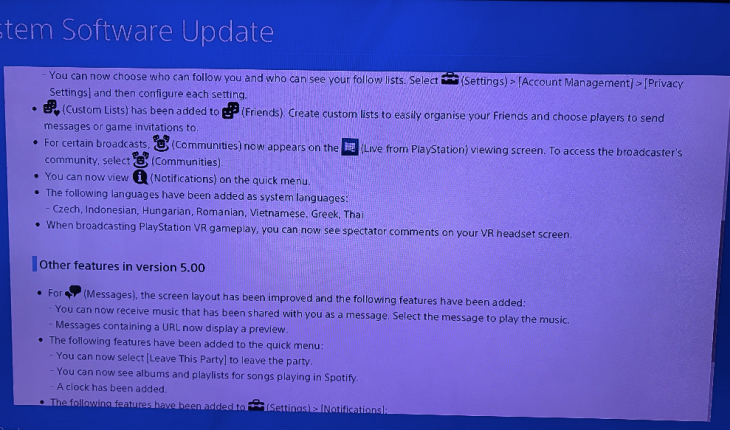 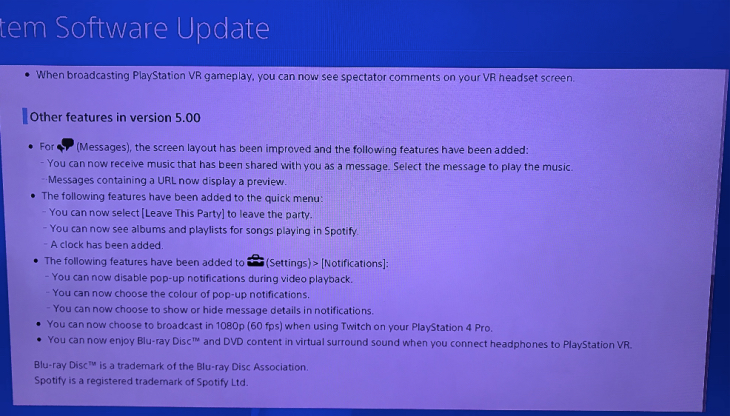 That is everything in full there, so let us know what you think about this feature list. Upgrading to 5.0 is obviously a big deal to many gamers, so do you think it qualifies as a ‘major’ update?