We have some exciting news to bring you now, as there are strong rumors suggesting that at last PS4 update 4.50 is going to be out this week and if rumors are to believed – even in a matter of hours.

Fans have been waiting for this major update to arrive for weeks now, with a select number of users having been lucky enough to test out the PS4 4.50 beta build.

Now though, it looks like the wait is over. Take a look at the reply that one user received from PlayStation customer service support recently: 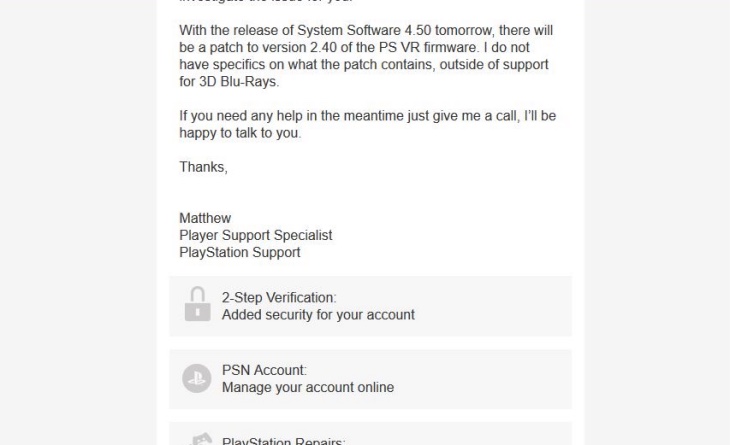 That means the PS4 4.50 release date could be on Tuesday March 7!

Remember that the PS4 4.50 feature list is going to include Boost Mode for PS4 Pro users to improve the framerate of almost every game without a PS4 Pro patch.

For non PS4 Pro owners though, it is still a massive update. External hard drive support is coming, along with Custom Wallpapers at last so it is going to offer something for everyone.

We have seen in the past that Sony will launch new firmware updates in the morning UK time, so keep your eyes peeled around then and let us know when you are downloading it!