We have confirmation that a new PS4 update 3.55 is available to download on June 21, 2016. As far as we’re aware, gamers were not warned about this update prior to install and unsurprinsgly everyone is racing to find out what has changed in the PS4 system software 3.55 firmware.

We can bring you a heads-up on this, although once again don’t be expecting wholesale changes. The PS4 firmware update 3.55 should be around 300.7MB in size, so it should only take minutes to download and install.

According to the official PS4 3.55 update notes as they appear on console, Sony has added the following changes:

“This system software update improves the quality of the system performance” 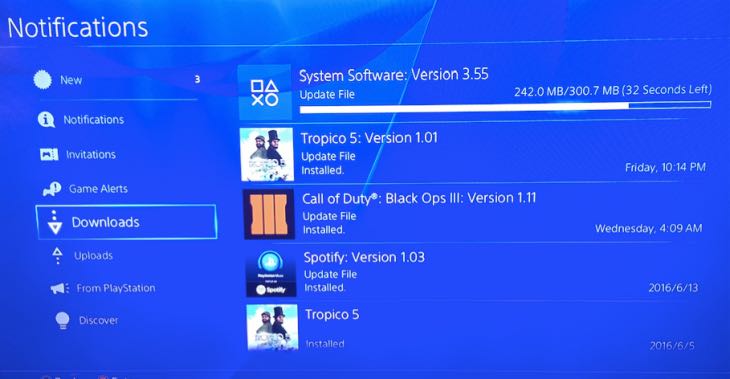 Nothing else is mentioned and once again, Sony never go into details on what they have altered exactly. Hopefully this update is putting the groundwork in for some actual feature-rich updates in future, but for now 3.55 remains a mystery.

Have you just installed this on your console today? Leave a comment if you notice any PS4 3.55 hidden changes and we’ll update this if we get more details for you.