A new PS4 update has just gone live on Wednesday January 13, 2016. If you are looking for new features with PS4 3.15 though, you are again going to be disappointed.

This is yet another minor update, with the PS4 3.15 update notes from Sony stating that it will improve system performance. There’s no specific on what areas of performance though and if certain titles are affected by the update.

The PS4 3.15 update is only 275.7MB in size and will take you minutes to download. You may also be interested to know that this is the first time in a long while that Sony has jumped firmware version numbers between update. 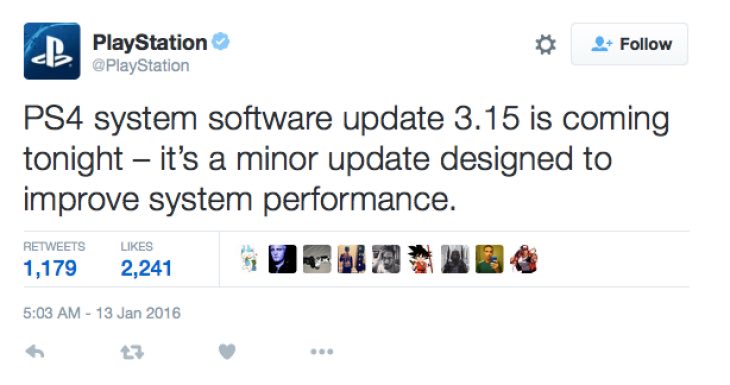 The notes are above, while confirmation on the file size is below in the included image. Let us know if you are getting frustrated with the lack of new PS4 features given that Microsoft is continuing to improve functionality with Xbox One feature updates constantly.

Are you surprised that there’s no new changes with the new PS4 3.15 update today?