The moment has arrived and you can now go ahead and install a new GTA V update on PS4, Xbox One and PC today. Now we have confirmation that the GTA V 1.14 update on PS4 is live which means that we will be able to bring you the full GTA V 1.14 patch notes soon.

It’s interesting as the GTA Online update today has also coincided with a new PS4 system software update 3.10 as well.

For now though, the PS4 3.10 firmware update is 250MB in size so it shouldn’t take long to install. The PS4 3.10 update notes are below and it reveals that Sony has made some nice additions to the Profile feature which now allows you to keep track of activity from game developers and other verified accounts. 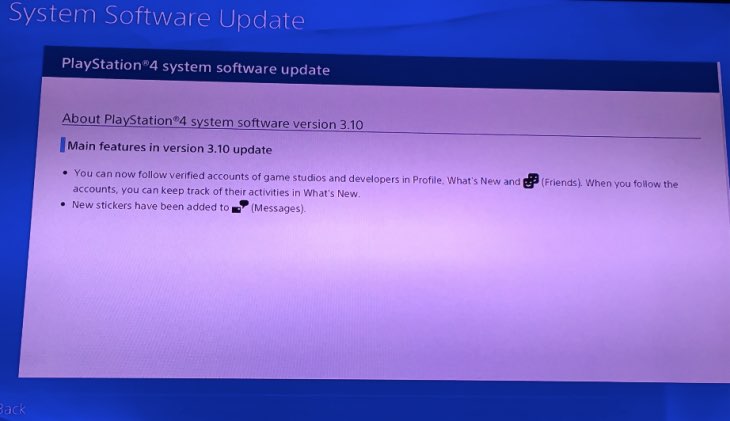 This is a nice improvement on top of the growing PS4 social updates and it should make those of you who spend a lot of time on the social side of things, happy.

Another change is that new stickers have also been added to Messages, so another social improvement from Sony.

As for the GTA V 1.14 update size, it is 1.5GB which backs up earlier rumors suggesting that Rockstar has added the Halloween content on top of the Lowrider update, but will lock it away until Halloween arrives.

Let us know if you have installed both updates today and your thoughts on both. Once we have the full GTA V 1.14 update notes we will update this for you with the information.