The wait is finally over. Lucky users have been beta testing Sony’s PS4 3.0 software update for many weeks now but we are pleased to say that in a matter of hours – the PS4 3.0 update release date will be live.

Sony has just confirmed that the PS4 3.0 system update release time will be happening on Wednesday September 30. It is already Wednesday in many time zones now so we just have hours to go until the update is available.

With this in mind, you should be prepared for an update at any moment on your console so make sure you are ready to download it at the first opportunity, in case there is server traffic and long PS4 3.0 update install times. 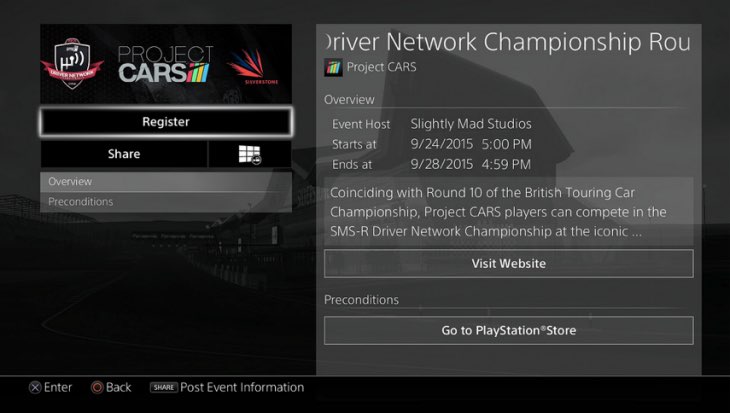 The PS4 3.0 notes have already been documented several times by Sony and you can read through them in full below – Video clip sharing to Twitter as well as an upgrade in cloud storage to 10GB are the key features for us.

Above is a new image showcasing the PS4 3.0 Events feature, which will allow you to join in-game events directly from the PS4 menu – Project Cars is shown as an example in this case.

Many of you will also be very happy to start using PS4 YouTube streaming direct on the console, while Dailymotion has been added to the Share button as well which is another nice bonus.

Be sure to read through the full preview here and let us know as soon as you see the PS4 3.0 update downloading in your region – not long to go now!