We just wanted to give you a heads-up that Sony have now begun the process of sending out PS4 3.0 beta codes for their forthcoming PS4 3.0 firmware update – the next ‘major’ version to land.

We told you earlier this week that Sony had given gamers a heads-up on some of the new PS4 3.0 features that would be arriving with the update.

These included things such as YouTube Gaming, Events, Communities and even a storage upgrade to 10GB for PS Plus subscribers – a considerable bump up from the 1GB offered currently. 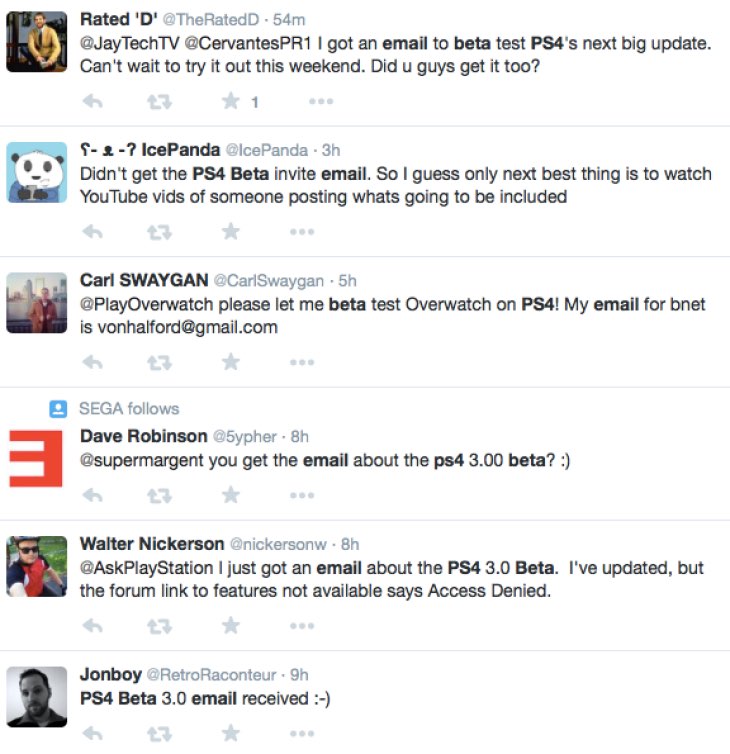 Now we have confirmation that Sony are already sending out the PS4 3.0 beta emails, as many users have already been spilling the details on Twitter out of sheer excitement.

Of course, that is obviously against the rules of the beta as you can see from the official PS4 3.0 beta email image from Sony below, which advises users not to reveal information publicly.

Some gamers obviously cannot be trusted though, even with the opportunity to test firmware before everyone else.

The question is, how many of you actually received this same email and got hold of a PS4 3.0 beta code? It seems that many of you missed out and Sony’s decision process was completely random and didn’t take into account PS Plus subscribed months, trophies or any other behaviour attached to being a ‘loyal’ PS gamer.