We have featured the extremely rare 20th anniversary PS4 console a few times on Product Reviews, but being able to find stock in the UK and USA is almost impossible. The reason for this is due to a limited amount being made, so this is why we saw the US pre-orders end within minutes.

The UK would have a much harder job finding one of these PS4 20th anniversary consoles for sale, unless you visit eBay that is for a highly inflated price. There’s also been other opportunities with a catch as well.

PlayStation 20th anniversary clues lead to special PS4 UK console – Sony has started selling the limited edition consoles in the UK and online for a short time. There’s a catch once again, which involves following some clues to be one of the lucky gamers getting to purchase one. 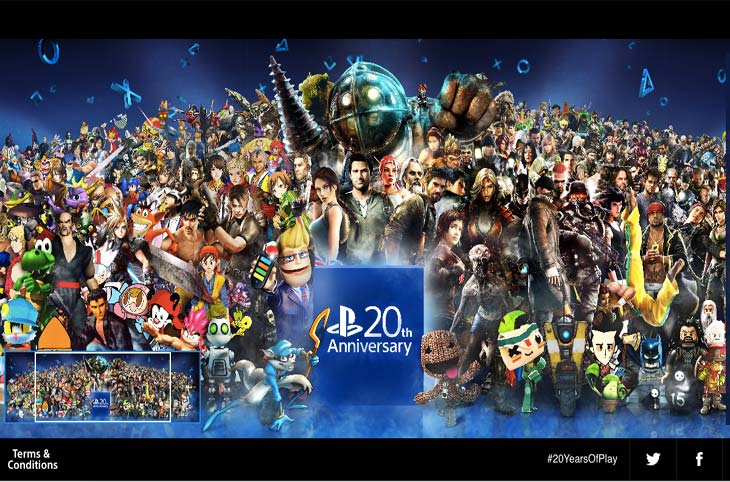 You will need to follow @PlayStationUK along with @GAMEDigital on Twitter first, and then from 11am in the UK you can visit uk.playstation.com/20yearsofcharacters to see many different characters.

There will be clues left each day this week on Twitter from both GAME and Sony, although once you solve the clue you then click a particular character. This will take you to GAME UK’s website and start the process of being able to purchase one of the PS4 20th Anniversary Edition consoles.

You will find a form to fill in, but sadly only the first 100 to fill this form in will be able to stand a chance at purchasing the special edition PS4 for £399.99. This is a lot less than any eBay price.

There’s also the chance of winning one thanks to a prize draw. It’s worth noting there will be one chance each day to get involved, so look out for a clue being tweeted at 4PM today. Also on Tuesday at 5pm, Wed 2pm, Thurs 8am, and finally Fri at noon.

Update: First clue just hit Twitter and states, “Clue: A reluctant magician, an owl of the forest. If you come here you’ll find me. I promise #20YearsOfCharacters”