This is the big update which will finally give you a fully functional PS4 rest mode. This means that you can now pause a game, put the PS4 into rest mode and resume where you left off seconds later – around 15 seconds to be exact on games such as GTA V.

For those wanting to know what else is new in PS4 2.50, Sony has already given users a full heads-up on their Blog – head there for a full recap if you missed it earlier in the week. 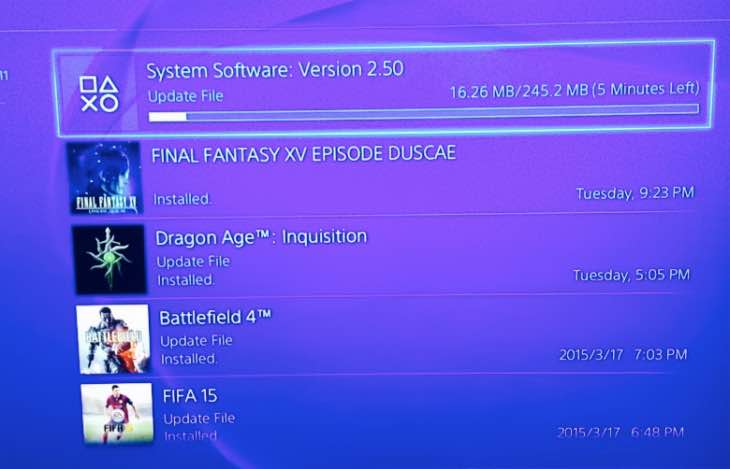 We are downloading the update right now and it should only take a few minutes based on Sony’s calculation. Hopefully the update will be a smooth one for you too, but obviously there’s going to be high demand on Sony’s servers with everyone installing at the same time.

Let us know when you have the update and your immediate reaction to the new PS4 2.50 features. Also, feel free to let us know if you spot any PS4 2.50 hidden features, as Sony sometimes like to drop a few surprises now and again.

Some beta testers were saying that this is the best PS4 update that Sony has launched since the console went on sale – would you agree with this verdict or not?