It looks like we are closing in on the highly anticipated PS4 2.50 update release time. We first had details of the update leak last week, followed by an official confirmation from Sony a few days ago.

Now, the leak has gone one step further as a video has been uploaded online. It gives a 8 minute walkthrough of some of the new PS4 2.50 update features that will be coming when it’s rolled out to the public.

We’ve added the video below, so we advise you to watch it while it is still live. It’s obviously very rare to see an unreleased PS4 firmware in the wild, so it will be interesting to see if Sony continues their PS4 update beta program – considering the fact that participants can’t seem to keep their mouth shut.

Nobody will complain about the preview though, on the other hand. Unfortunately it doesn’t show the PS4 Suspend/Resume feature that everyone is waiting to see the most, but it does give a great look at PS4 backup features as well as the PS4 Accessibility menus. 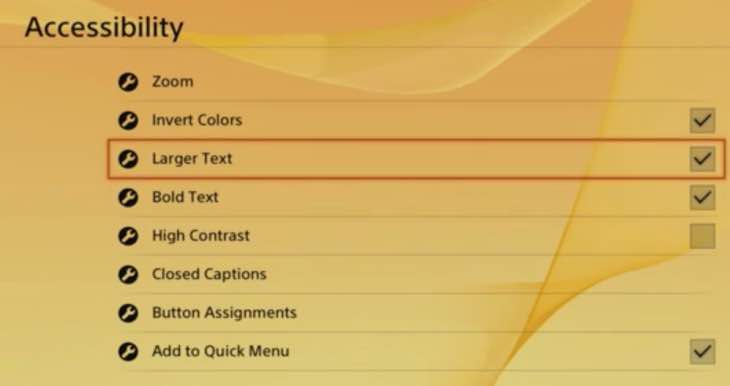 The latter could actually be the best thing to land in the arrive 2.50 update. You’ll be able to completely change the font of the PS4 and make menus bolder if you want.

You’ll also be able to customise the colors of the background even more if you want with PS4 Invert Colors – skip to 2.08 on the video to see this particular aspect in action.

Hopefully this video is an indication that the update is almost ready to roll out. We wouldn’t be surprised if it is ready before the end of the month, but watch the video below and tell us what you think.