We initially had some problems with installing the PS4 2.04 update. However, after a few attempts it looks like the update is ok now and we can give you a heads-up on the PS4 2.04 firmware update notes in full.

Unfortunately though, we can confirm that the surprise PS4 2.04 update was just another stability patch, adding some unknown system software improvements.

We took an image of the notes to confirm this, although before that there was another image which we haven’t seen before. When going through to update, we noticed that one of the screens had a message which read: “An update file has been downloaded Version%1.” 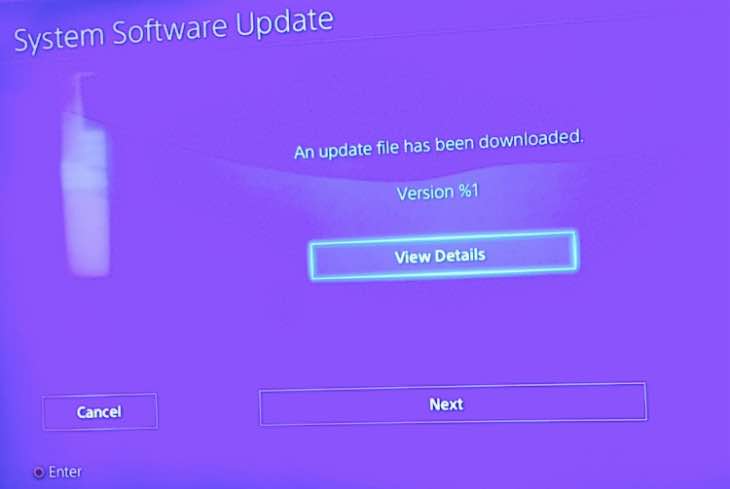 You can see that above and we’re guessing it has something to do with the initial PS4 SU-30709-9 error that everybody was seeing when the update wouldn’t install the first time.

Hopefully it hasn’t corrupted our system in any way, but so far the update does appear to have gone through despite the initial hiccup.

Is this stability update an indication that we’ll see some actual new PS4 features before the end of February? Let’s hope so – give us your thoughts on the update and if any of you saw the same ‘Version%1″ pop up on screen.