The PS4 2.02 firmware update notes are now live and you will need to download this new system software before being able to connect to online games and apps. The fixes for system bugs have come within a week of the previous firmware, so it’s good seeing Sony on the ball with fixing problems.

We have included a screenshot of the PS4 2.02 system update notes below, which don’t give too much away and contain the standard system stability message. This firmware will certainly do more than Sony is letting on, and not much more was given away within the tweet Sony left today. 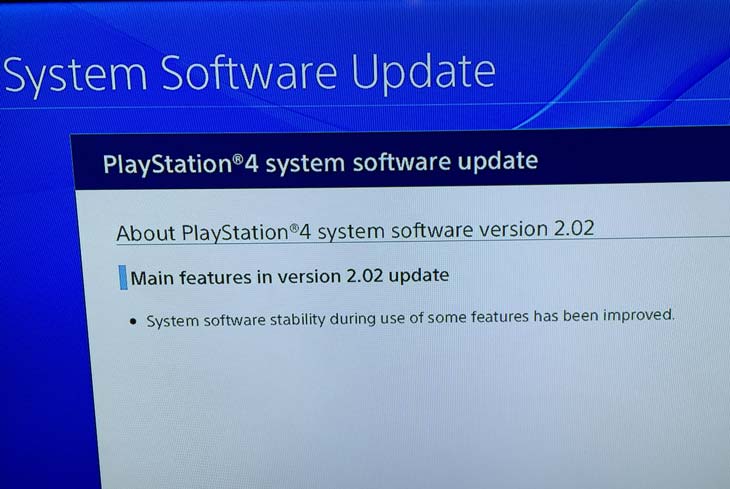 Sony explained that the update today fixed stability in apps, games, and other system features, also some people have reported improvements to messages and chat. If your system is performing better since this latest update, then leave a comment below? Or, if you’ve had problems we’d love to hear about these as well.

Have you installed the PS4 2.02 firmware update today and if so, are you in the UK, USA, or somewhere else? The system software first released in the UK.