We knew that Sony were having problems with the PS4 2.0 update which went live last week. Now we can see the company taking immediate action as we can confirm that PS4 firmware update 2.01 is live in US, UK and other parts of the world.

As expected, this update is designed to just improve existing features that were introduced in PS4 2.0 – this relates to PS4 Share Play and presumably Rest Mode which was causing users a lot of stress when consoles wouldn’t come out of stand by mode.

The PS4 update 2.01 notes confirm that it is just a minor update, as you can see from an official screenshot which we have just taken below. 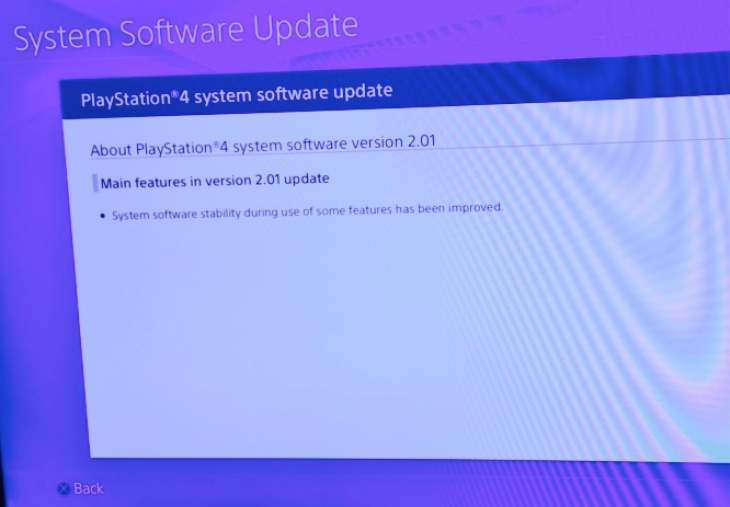 We were not expecting Sony to introduce any new features with a new PS4 software update, as many will agree that we want to see a fully functional 2.0 update first.

Hopefully now that PS4 2.01 has arrived it will mean a much better experience the next time you jump on Share Play or use any of the other new PS4 features.

Let us know if PS4 2.01 is live in your area and any other PS4 2.01 hidden features that you have noticed, which are not mentioned in the official notes.

Have you discovered any early problems yet?