We are just hours away from the greatest update the PS4 has seen to date, if all goes to plan anyway. Sony has already confirmed that the PS4 2.0 update release time in US and UK will take place on Tuesday, but at what exact time?

Thanks to some recent previews, we now have a good idea of the bulk of new features that the PS4 2.0 firmware will introduce. SharePlay is obviously the highlight which most of you will know about, but there’s also some other excellent features that will arrive too.

These include YouTube support at last. YouTube will be coming both in the form of a native app and also YouTube Share functionality with the PS4 Share Button. There’s also the matter of PS4 Themes with 2.0 as well, as Sony are going to give users the option of customizing the PS4 menu icons and also changing the background color as well. 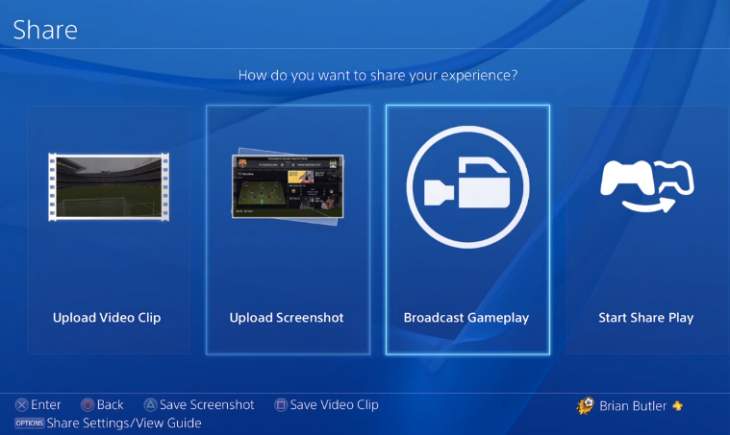 Once the PS4 2.0 update is live, there should be a choice of blue, yellow, dark grey, dark blue, lavender, red, teal and pink. There’s no information on the PS4 Theme prices for premium themes yet, but we expect Sony to deliver the goods during the Holiday season – The Witcher 3 PS4 theme anyone?

Last but certainly not least, music lovers are probably going to love the PS4 2.0 firmware update as Sony are bringing the USB Music Player to the system. This will allow users to put music formats onto a USB, plug it into the PS4 and then play tracks in the background while you are playing games.

Unfortunately, Sony has not shared an exact time for when the PS4 2.0 update will go live. We’ve seen in the past, updates from Sony tend to go live through the early hours and not at a set time in the mould of say Rockstar, who love to release their updates in the morning UK time.

As a result, you may want to keep tabs on your PS4 console after the clock strikes midnight, as Sony could be springing a surprise with an immediate update to 2.0.

How excited are you about the update, has Sony missed any features which you are unhappy about?