Sony has finally confirmed the PS4 2.0 firmware update release date. The new system software will be available to download on October 28, 2014, so Tuesday next week in the UK and Europe.

The reason we mentioned the Europe region above and not United States is due to the Twitter account that confirmed the PS4 2.0 update release date. It first arrived on the PlayStation EU Twitter channel, although we are to believe the US launch will be at almost exactly the same time. 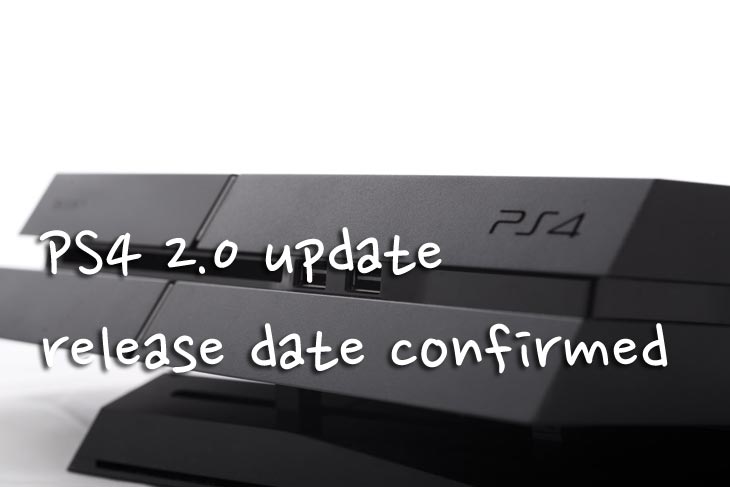 You can count on this changing a lot for most PS4 owners, thanks to the biggest update since the console first launched. We have already mentioned some of the new features, highlighted SharePlay specifics, although an exact release time for the PS4 2.0 update on Oct 28 is yet to be revealed.

The tweet that finally made this announcement can be seen below. We have seen some people feeling doubtful, especially considering the wait so far and won’t believe to it’s installed on their system.

Are you looking forward to downloading the PS4 2.0 firmware update next week? If anything changes with the release date, then we will inform our readers, but for now let us know what you are looking forward to most from within the feature list.

Update: USA and UK will both get the new firmware on the same day.