As we told you moments ago, Sony has just launched the PS4 2.0 update. We can now bring you a recap on the full PS4 2.0 patch notes as there are plenty of changes to read through – some expected, but many secret features as well.

We know that the likes of Share Play, YouTube, USB Music Player and Themes were all expected. However, Sony has surprised us with some PS4 2.0 hidden features.

These include a Mouse icon that has now been added to Settings under Device and also some great minor tweaks too – such as being able to set the duration of minutes or hours that your controller will charge for when in Rest mode. 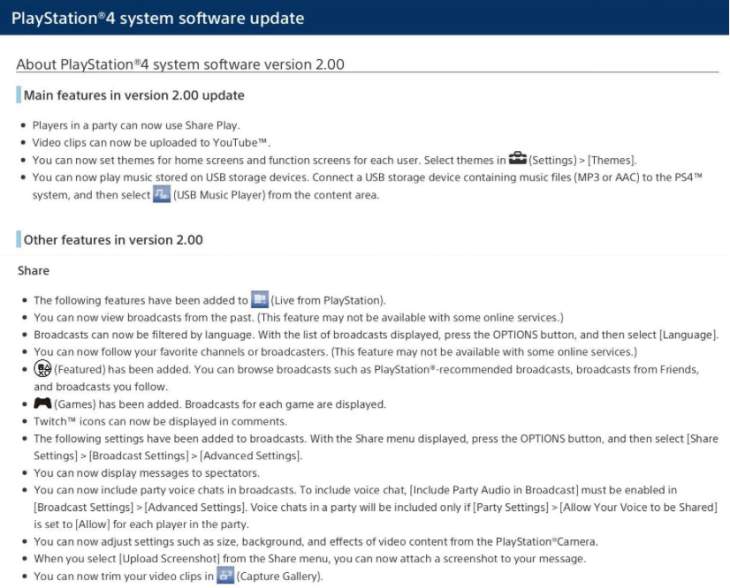 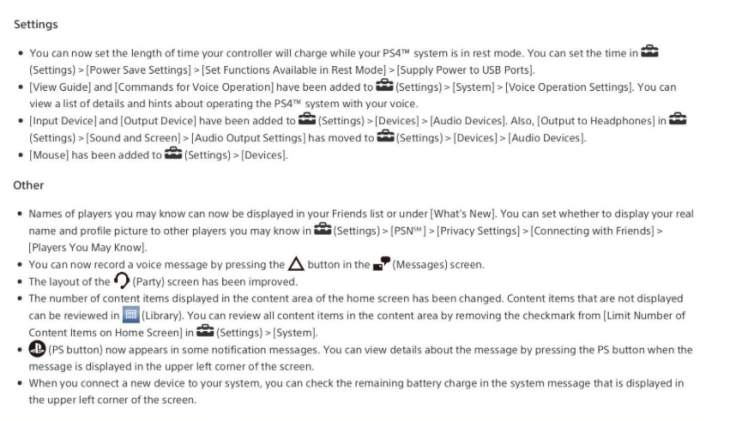 Looking into the menus further, we can also see a Voice Message feature has been added to Messages. You won’t need us to tell you how fantastic this is, not to mention convenient when you are in the middle of a game and don’t want to spend forever typing a message via the virtual keyboard.

There could well be other hidden features included in this massive update, but those are the obvious ones that stick out, which Sony didn’t mention as far as we’re aware.

What else have you spotted in the update that hasn’t been included in the patch notes above – Are you loving the new PS4 update with Themes so far?