With PS4 users now getting used to the system and the features that Sony brought to the tablet at launch, it’s clear that a lot of functionality is missing that we didn’t see in PS4 update 1.51. The good news is that Sony are inevitably hard at work on improving the the PS4 interface and we’re excited about what will be coming in the PS4 1.52 update that is bound to land soon.

One of the biggest features missing from launch that definitely should have been there is a YouTube app. It’s rather inexplicable of Sony to have missed this out, so hopefully it will be ready by the time 1.52 is ready to download – after all, the Xbox One has a great YouTube app available to all users at launch.

Another big missing feature that we didn’t see is DLNA server support. Connecting your PS3 to your PC was a great feature that almost became second nature to PS3 users as they enjoyed viewing their PC content straight on the PS3.

Unfortunately though, it was missing from the PS4 at launch, but will make it onto the system at some stage during a future update as promised by Sony’s Shuhei Yoshida. Other notable mentions have to be MP3 and Audio CD support, but again Sony has promised these to come in a future update too. 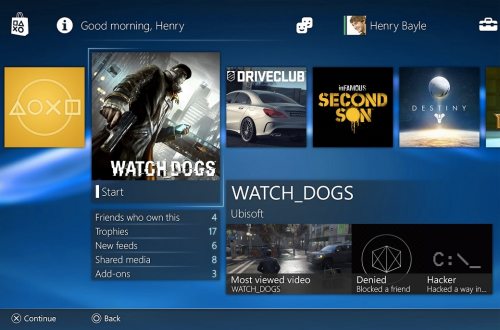 Will the missing features above all be ready for 1.52? We doubt it, but it would be nice if Sony at least offers some of these. Apps is definitely one area that needs improvement, as it would be fantastic if Sony could offer pages and pages of apps for users to download – we just hope it doesn’t end up like the Vita, ie no new apps seen for months, which is shocking.

The interface is fine itself we feel, but perhaps could do with a little touching up ready for the new year. After most of you have become comfortable with browsing through the PS4 features since launch, tell us what new features you would like to see in the forthcoming 1.52 update.

Did Sony mess up in your eyes by not including features such as HDMI capture out of the box?