The PlayStation 3 has come under some bad press in recent months due to the hacking of Sony’s PlayStation Network. There were reports that many gamers had lost faith in Sony after that and were jumping ship in favor of Microsoft’s Xbox 360. Many thought the console had peaked in popularity and was slowly losing credibility, but today we have news that suggests otherwise as a recent price drop has led to a 65% rise in week-on-week sales of the PS3.

The decision to make the console £199.99 has appeared to have paid off in that sense which is promising for the future of the PS3. In the past the console has been compared to the Xbox 360, which has experienced consistent sales and even received a boost of its own when the Kinect launch. To mark the price cut Sony issued retailers with in-store POS with the new prices and 5000 poster ads hit the UK High Streets.

Sony CEO, Jim Ryan recently announced that the total amount of PlayStation 3s sold in Europe alone is over 22 million. That’s accounts for around 7.5% of households and 3% of the population and he claims ‘there’s lots of life in that still to come.’ According to PlayStation LifeStyle, this year is yet to see the several AAA titles that are due to release suggesting a claim like Ryan’s is accurate.

The new titles include MW3, Battlefield 3, Uncharted 3 and Resistance 3 two of these being PS3 exclusives. With the new low price, the console will appeal to a new, wider range of consumers and at the perfect time of year it seems. John Koller, the Director for SCEA is hoping to entice Wii and Xbox 360 owners and believes this is a great opportunity to do so.

Will you be getting a PS3 now they are more affordable? 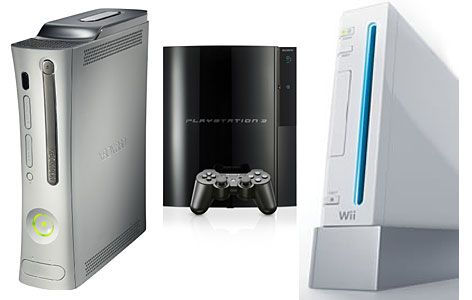