Time seems to be racing by this year, which means that it’s going to be Christmas before we know it. While it may be hard thinking of gift ideas for some, gaming fans (such as my 16-year old son) are pretty easy to buy for. Unless you just don’t know what games to choose that is.

If it’s a PlayStation 3 owner you are buying for, then you may be interested in an article I found over at gamingbolt.com that was written by Rashid Sayed. The article provides a list of all the games, collector’s editions and hardware that might be worth purchasing this Christmas. 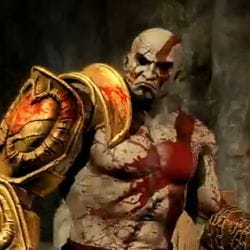 God of War 3 is the first game mentioned on the list, described as a 15-hour adventure that you really don’t want to miss. Heavy Rain is also on the list followed by Sports Champion for the PlayStation Move. With so much to do, Sports Champions is sure to have something for everyone.

Other games on the list include Assassin’s Creed: Brotherhood, Gran Turismo 5 and Mod Nation Racers. If they haven’t already got it, the PlayStation Move starter pack is another great gift idea for Christmas this year. You could even buy them a PS3 Sports Champions Move bundle.

You can view the full list via gamingbolt.com. Have you bought any video games for anyone this Christmas?