Previously we brought you the news the hacker who managed to get a $3,000 payout for his custom drivers as well as some downgrade support for the 3.42 and 3.50 editions of the PS3 Jailbreaks. Now we are bringing you some information about the 3.50 software being hacked with a USB dongle.

According to Techtree.com there is a new exploit on the block is running from the USB X3MAX, Nachiket Mhatre also says that the hack is significant because unlike any other PS3 exploitations it was run on a test PS3 of Team X3 without downgrading it. 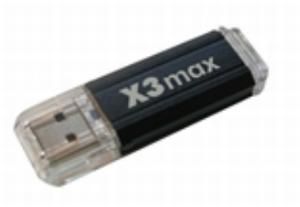 With this exploit you can still run the latest PS3 games like Medal of Honor whilst connecting to the PSN with the added convenience of running a homebrew system by USB. At the bottom of the article there is a video that shows you the USB in action.

Have you seen this in action before? Would you be interested in getting one for yourself? Let us know in the comments below.