You do not have to be a PS3 fan to know that the games console has now been hacked, this latest exploit now makes it possible for PlayStation 3 users to gain access to game features that was once unavailable to them. One such game that is waiting for this is Gran Turismo 5, and the most asked for feature is hybriding.

Being able to change different aspects of a vehicle is always considered the holy grail of racing sims, imagine having any car and then having the ability to change the engine and transmission? GTPlantet points out that this is not a new thing, as it has been done on previous version of the GT series. 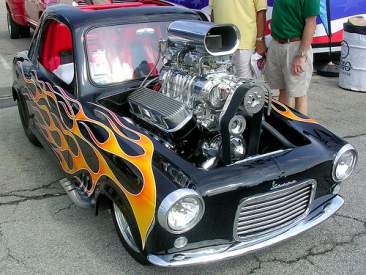 GTPlantet has made a very good point about having hybriding on GT5, it did not matter on previous versions of the game, but having a high powered engine in a small car will not be unfair while playing online against other players. How you would feel if you had a Veyron, only to be beat by a small little Honda?

Where do you stand on the subject on hybriding? Would you be upset if you had worked hard to get yourself an expensive supercar, only to be creamed round a race track by a small hatchback that has a 1500BHP engine in?