The 3D evolution is now here, as we can already see with the number of 3D TVs, cameras and camcorders on the market, as well as phones. We also know that the PS3 uses this technology as well, but it seems as if things are about to change for the console. Sony has demoed PS3 Dual-view 3D TV Mode, this holographic technology is a little like the 2010 Jaguar XJ dual-view screen, and will work in much of the same way.

This will certainly be a huge step for multiplayer gamers who play at home with friends or family members. Two players will now be able to sit in the same room and play on the same TV without an annoying split-screen. Pocket-lint was lucky enough to see a demo of this new tech in action — if only they offered up a video of the event.

With the technology you should not sit in the middle of the screen while playing the PS3 in 3D dual-mode, as your eyes could begin to hurt, just choose which side you wish to view if you are not playing the game. One good thing about this new tech, you do not have to worry about it being illegal in the U.S., as it was feared for the Jaguar. 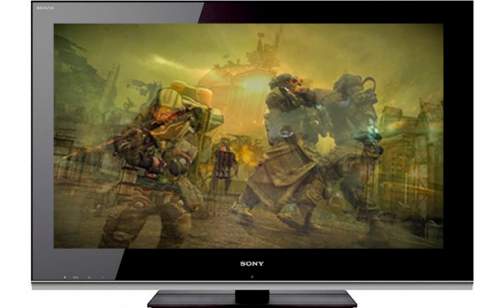 Sony has yet to offer details as to when the new model will be launched on the PS3, and if you will need a specially designed TV or just use of a standard 3D model? Let us hope that children do not start complaining to their parents that they feel dizzy.

We have to wonder why 3D dual-view has taken so long to be implemented, as the technology was first announced at CES 2008. However, CNET News did point out that this was demoed on thick projection TVs. They added that a couple would be able to sit in front (to the side) of the TV and watch two different programs. However, they would need headphones on, as it would become confusing.

Do you think that gamers will benefit from 3D dual-view mode?