Just to remind those of you who have the PS3 version of Battlefield 3, a major update is about to hit the game within the next few hours. We have now have an update from Daniel Matros, community manager at DICE on when the update is scheduled to arrive.

Firstly, if you didn’t know about the patch landing today, head back to our initial article here and familiarize yourself with what is about to land. The update is a huge one with many core changes to the game affecting vehicle and ground combat, not to mention countless tweaks to various guns and attachments as well.

We have just heard from Daniel Matros on Twitter, that the update is expected to land at around 9-10:30 UTC or 11-12:30 CET and applies to both a maintenance and client update for PS3 users. For those of you in the US looking to download the update at the earliest opportunity, that means that the update is scheduled to appear at around 5am-6:30am EST or 2am-3:30am PST. UK Battlefield 3 owners on PS3 should check to see if the update is available at around 10am.

As we mentioned in our earlier report, the update will finally do away with pesky MAV roadkill spammers, while USAS-12 users will find that their frag rounds do not work as well any more. We also can’t wait to try out the new horns on all jeeps, while it is going to be interesting to hear your feedback on the Stinger tweaks as well – DICE has now made Stinger missiles a one hit disable again to all aircraft, but reducing the range in the process.

Have fun with the update guys and let us know your thoughts on it after you have played a few rounds. Has the update appeared for you yet?

UPDATE: Well what do you know. Here in Hong Kong, the update is already available, much earlier than expected. We’re seeing that patch 1.04 is now available to download, coming in at 1068MB in size. Do you see it as well? See you on the Battlefield folks. 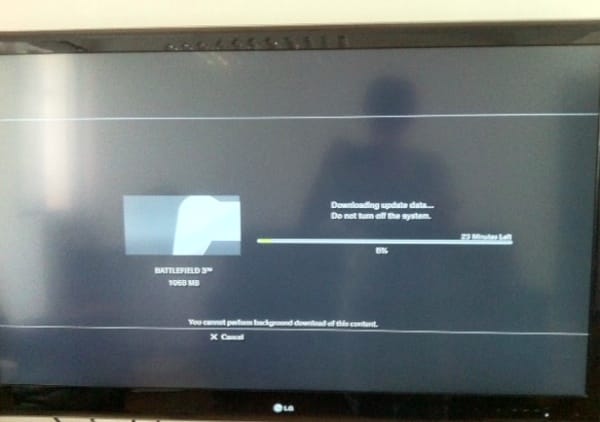 UPDATE 2: We’re getting a server browser error at the moment, which states that our game version doesn’t match the server browser version. Is anyone else getting this? Hopefully it will be fixed up ASAP, but at this time – no servers are working.